Which is the tallest mountain in the world? - letsdiskuss

Which is the tallest mountain in the world?

This is a very familiar question and everyone knows the answer. The tallest mountain in the world is Mount Everest which is located in Nepal and Tibet. It has the highest heigh of about 8,848 meters that is 29,035 ft. Mount Everest is the tallest mountain above sea level but it is not above Earth’s centre as due to centrifugal force it is thicker at the Equator. The centrifugal force is only due to the rotation of Earth. That’s why the mountain which is furthest from Earth’s centre is Mt. Chimborazo which is about 6,268 meter above sea level. Also, Mount Kea is known to be the tallest mountain in the world. It is about 10,000 meters above sea level. But it has lower altitude about 4,207 meters which is lower compared to Mt. Everest. 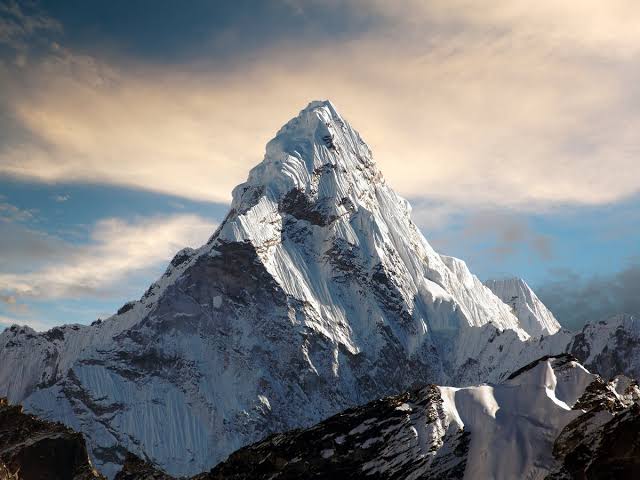 The highest mountain i.e., Mt. Everest actually looks like a pyramid constituting three faces. The maximum or the warmest temperature in this region is almost -2 oF in the month of July which decreases to about -33 to -76 oF in the month of January. Storms and winds are normal climatic conditions in Everest. In the peak of the mountain the speed of the wind is about 160km per hour. The climate of Everest is not suitable for human population and hence there is no habitat but in the lower regions are inhabited by the Tibetans. Till now, several mountaineers tried to climb the Everest but very few in number are succeeded. Because its very difficult to transport and communicate from such high altitude.  It is told that April and May are the best time of the year to go for a trekking in Mount Everest. Many dead bodies are still found in climbing path.