10 Telegu films that are dubbed in Hindi - letsdiskuss

10 Telegu films that are dubbed in Hindi

Mahesh Babu is an extremely famous and popular Telegu actor, he is known as the superstar of South Indian films and has managed to set an extremely high benchmark for his fellow co-stars. He has an extremely high fan following because of his back to back blockbuster hits. Mahesh Babu is  extremely famous for his action pack masala movies which provides maximum entertainment to the audience. His movies are dubbed in various languages and there have been a lot of remakes of his movies.
Here are 15 famous Mahesh Babu’s movies which are dubbed in Hindi :-
1. No.1 Businessman
• Original name – Businessman
• Genre- Action Drama and Romance
• Released in 2012
Business man is the original name of the film released in Telegu language, the cast consisted of Mahesh Babu as Surya opposite to Kajal Aggarwal and Prakash Raj. The Telegu version was extremely popular therefore the movie got dubbed in Hindi for the larger audience. It is a full action packed masala film based on crime in Mumbai and a love story between  a Mafia and commissioner's  daughter, typical bollywood story.
2. Meri Adalat
• Original name- Nijam
• Genre- Crime
• Released in 2003
The film was released by the name nijam in Telegu and is based on how an innocent guy turns into a murder because of the various circumstances he has to face in his life. The lead cast included Mahesh Babu and  Rakshita. The film didn’t performed  well on the box office.
3. Prince No. 1
• Original name – Raja Kumarudu
• Genre- Romantic
• Released in – 1999
The lead cast consist of Mahesh Babu and Priety Zinta, the movie was released in 1999 and falls under romantic genre where a man falls for a girl and due to some circumstances both the lovers get into trouble, the film focuses on the love affair and how they get together fighting all the odds. Raja Kumarudu was the first film featuring Mahesh Babu in a lead role and did quite well in terms of money.
4. Maidaan-e- jung
• Original name- Arjun
• Genre – Action Drama
• Released in 2004
Arjun is a Telegu action movie released in 2004 with a very wide cast consisting Mahesh Babu,  Keerthi Reddy, Prakash Raj, Murli Mohan, Shriya Saran.
The plot of the story is based on a relationship of brother and sisters, where a young man decides to risk his life to protect his twin sisters from murderous in laws. The film dis quite good on the box office and is somewhat a above average movie.
5. Cheetah- The power of one
• Original name- Athadu
• Genre- Action thriller
• Released in 2005
Athadu is a Telegu action thriller released in 2005, the film ensembles a huge cast which consists of Mahesh Babu, Trisha Krishnan, Sonu Sood, Kota Srinivasa Rao, Sayaji Shinde, Nassar and Prakash Raj. The story is about a gunman who take overs the identity of a died man who plan a murder and hide from the police. The movie did very well on the box office in terms of money and popularity.
6. Ab humse na Takrana
• Original name- Sainikudu
• Genre- Action
• Released in 2006
Sainikudu is a Telegu action movie released in 2005, the story is about a man named Siddharth who wants to help the victims by providing proper food and services, he makes sure that the resources doesn’t gets into wrong hands, during this whole process he gets into a war with politicians and mainly the story continues the him struggling with the powerful men and varied circumstances. The film was an extreme disaster and did not do well on the box office.
7.  International Khiladi- The iron man
• Original name- Athidhi
• Genre- Action thriller
• Released in 2007
Athidhi is Telegu action thriller film released in 2007 starting Mahesh Babu and Amrita Rao in the main lead. The plot is Athidhi ( Mahesh Babu) is falsely sent to jail in order of killing his adopted parents for 13 year’s once he comes back he falls in love with amrita Rao but there are some twists involved as well. The  film did extremely bad on the box office and is considered as a below average movie.
8. The real tiger
• Original name- Dookudu
• Genre- Action and Comedy
• Released in 2011
Dookudu is a very famous and popular Telegu action and Comedy film starring Mahesh Babu and Samanta Ruth Prabhu in a lead role opposite each other. The plot of the film is based around the life of Ajay who is an undercover cop and is assigned to catch a Mafia with whom he has some personal dispute to settle down. The film did extremely well on the box office and got a lot of appreciation from the fans and audience.
9. Encounter Shankar
• Original name- Aagadu
• Genre- Action and Comedy
• Released in 2014
Aagadu is a action comedy film originally made in Telugu language, the cast of the film include Mahesh Babu and Tammanah in lead roles, the supporting cast consisted of  Rajendra Prasad, Sonu Sood, Brahmanandam, and M. S. Narayana. Shruti Hassan was also seen in the film as a guest appearance. The story of the film starts when an encounter specialist is sent as a CI to a village which is dominated by a local but powerful don. The film didn’t did very well on the box office but received average response by the audience.
10. Sabse Badhkar Hum 2
• Original name- Seethamma Vakitlo Sirimalle Chettu
• Genre – Drama
• Released in 2013
Seethamma Vakitlo Sirimalle Chettu is a Telegu drama film released in 2013, it comprises of a huge and popular star cast of  Daggubati Venkatesh, Mahesh Babu, Anjali and Samantha Ruth Prabhu in the lead roles, while Prakash Raj, Jayasudha, Rao Ramesh, Tanikella Bharani and Rohini Hattangadi play supporting actors. The story of the film is about 2 brothers and how things take a turn when their sister gets engaged to a man they don’t like. The movie did great on the box office and got a lot of appreciation from the audience. 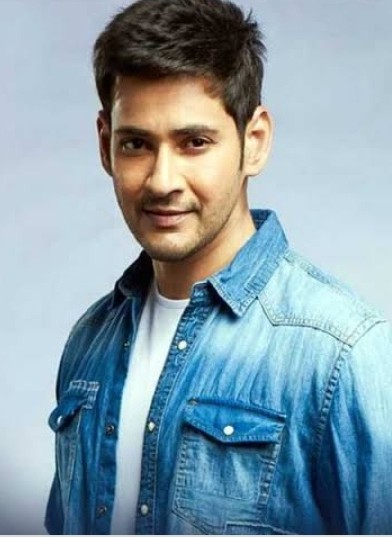 It is on the grounds that the Telugu films have a decent storyline when it is contrasted with the current days Bollywood motion pictures.

Telugu films likewise have part of activity in it which is drawing in the majority of north India one such film which had the option to get parcel of consideration is the MASS film of Nagarjuna which was loved by the greater part of the individuals and observed over and over by the watchers and got enormous trp evaluations to the channels. Set max was the primary station to see this and began broadcasting the named South Indian motion pictures.

Before long different stations additionally understood this is working and they too began taking the copyrights of different Telugu,Tamil,Kannada and Malayalam motion pictures and it worked

One increasingly significant factor that adds to this is the stars of Telugu industry, for example, Allu Arjun, Prabhas,Mahesh Babu pulled in the individuals. Generally the majority of north India. Presently these stars are notable even in the country territories of North Indian states.