Paresh Rawal is not an unknown name to any of us, his performances and acting skills have definitely left us with no words. He is one of the most versatile actor  and the most valuable asset to our Bollywood film industry. He started his career in 1985 and definitely came an extremely long way that today his films and acting is enjoyed by all the generations. He is undoubtedly known as the king of comedy and humour. He is best known for his comedy movies and did most of the films with Akshay Kumar that they were considered as the most popular duo, Paresh also did many films as a supporting actor with Salman Khan, Sunil Shetty and John Abraham.

Ready was an extremely popular and blockbuster hit starting Salman Khan and Asin in the lead including many supporting actors like Paresh Rawal, the story is based in Thailand and revolves around confusion and misunderstandings which are created to turn the bad guys into good people. All these incidents cause a lot of humour and tremendous giggles. The movie was extremely appreciated by the audience’s and did extremely great on the box office aswell. It successfully earned more than 100 cr. worldwide. Paresh Rawal was able to tickle the funny ***** through his amazing acting and performance. 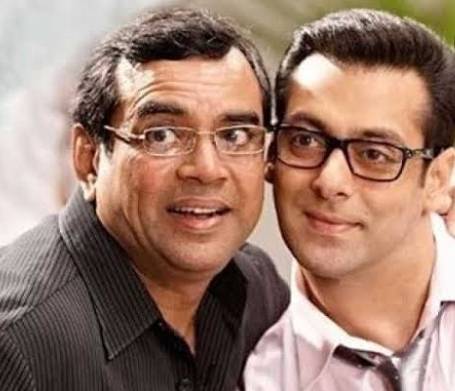 image-google
2. Hungama
• Genre- Comedy, romance and drama
• Year- 2003
Hungama is a cult comedy master piece directed by famous director Priyadarshan, the film involves a huge Star cast like  including Paresh Rawal, the story is based on a group of people who are distant but still corelated in some way, all of them end up being in a comic chaos which leads to several funny incidents. It is a typical Priyadarshan film, famous for creating misunderstandings and hoch poch between the characters and turning it into a comic picturisation.
3. OMG- Oh my god
• Genre- Comedy and drama
• Year – 2012
Oh my god is one of the most famous and appreciated movie of Paresh Rawal with amazing acting skills and expressions he managed to connect with audience on an extremely higher level. The movie includes Akshay Kumar and Paresh Rawal in the lead characters, the plot of the story revolves around the life of Kanji Mehta, played by Paresh Rawal. His life turns upside down when his business faces a loss due to an earthquake, the insurance company denies to help him and forcefully he has to file a case against God. The movie had an extremely new and catchy concept which was very well accepted by the people. The movie did quite well on the box office and managed to enter the 100 crore club.
Also read :- 5 most underrated movies of Paresh Rawal in different genres
4. Bhool Bhulaiya
• Genre- Comedy, horror and  drama
• Year- 2007
Bhool Bhulaiya directed by Priyadarshan is one of the most entertaining and enjoyable films to watch, Akshay Kumar and Vidya Balan are the lead characters supported by many amazing and talented actors being Paresh Rawal one of them. The film and story line will keep you on the edge and force to bite the nails because of the horror theme but actors like Paresh will force you to laugh due to the scenarios that take place while the story is in motion. This film never fails to impress you with its characters and screenplay, it’s always a blast watching it with your friends and family.
5. Welcome
• Genre- Comedy, crime and drama
• Year- 2007
This all time favourite blockbuster film is directed by Anees Bazmi starring Akshay Kumar, Nana Patekar and  Anil Kapoor in the lead roles with a very strong and supportive actors. Paresh Rawal plays the character of Ghungroo who is Akshay Kumar’s uncle and without a second thought he definitely hits you hard with his humour and comedy timing. The story revolves around the life of Rajeev who’s a simple man when things end up into a chaos when he falls in love with a Don’s sister. Every character has done complete justice to the film and makes it a delightful experience to be a part of. 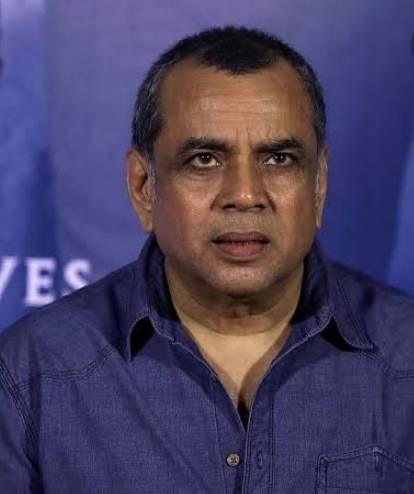