1. Carol
•Year- 2015
Carol tells about the  story of a love affair between two women from 1950s, it is based on a very famous novel The price of salt by Patricia Highsmith. The movie provides you with a pleasure of witnessing all the sumptuous period dresses and interiors in addition with amazing romance. The film also features an Oscar winning performances from Cate Blanchett and Rooney Mara.
2. The Notebook
• Year- 2004
The Notebook is based on the novel by Nicholas Sparks, it is a romance that spans decades flipping between a couple since 1940s and the present day reality of how is that love transformed in the old age. The movie got extremely famous because of the performances and received even more fame after Ryan Gosling and Rachel McAdams share a rain soaked kissing scene.
﻿image-google
3. Titanic
• Year- 1997
Titanic is the most memorable and popular love story of all times, it consists of a boilerplate love story where Jack is from the wrong side of the tracks and Rose who belongs from a high class society falls in love. The movie is shot amazingly and the background music “ My heart will go on” gives you real feels and Goosebumps.
﻿image-google
4. Cinema Paradiso
• Year- 1988
The Italian movie celebrates the romance between two people and an incredible love for movies. The film follows a young man named, Salvatore Di Vita and his friendship with a local theatre projectionist, Alfredo. The girl tends to leave the town before Salvatore is able to win her over her disapproving father.
5. Casablanca
• Year- 1942
It is an old flame movie with exotic locations which you would not like to miss. It is an age old romance with a familiar tune on the piano. If you haven’t seen Casablanca you’ll regret it maybe today or tomorrow. 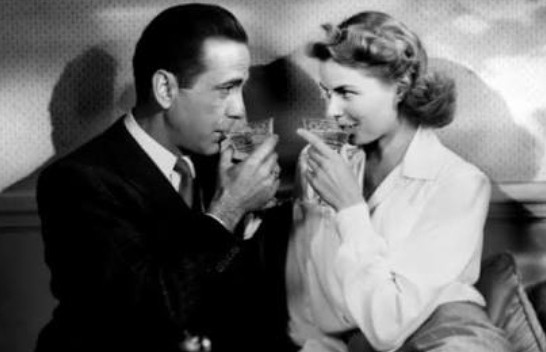