Journalist and Writer at G-files and Bollywoodtoday.in | Posted on 24-Nov-2018 | entertainment

Raftaar was asked about the current situation and how money could be gained by rap and hip hop in Bollywood at a conference on music and hip hop culture, and he advised rappers to stay cool and pursue their path. Gollu from the Honey Singh gang is pointed out, and it is suggested that Gollu fight for his rights. He mentioned the name Emiway, saying that while he hasn't made a lot of money, he plans to build an empire and earn money through shows. Emiway responds by releasing "Smaj mei Aya kya," a diss track directed at Raftaar. In this song, Emiway claims that he was summoned to Delhi to promote a song that raftaar had not released and that he had been duped. 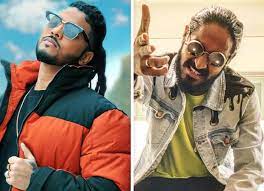 When the inexpressible had to be expressed, Shakespeare laid down his pen, and called for music.

Well, but we are not talking about Shakespeare here, and neither is it 16th century. We are way ahead, in 21st century, and have our own version of expressing the inexpressible.
So a major part of musicians and singers –rappers, have come up with their own way of expressing their feelings for their contemporaries, and the way is known as Diss Track. The transforming culture from the Rap Battles to the Battle Raps, started of course, in the West and travelled to India.
(courtesy: vice.com)
It was the rap god Eminem who first released a Diss Track for a fellow rapper, Machine Gun Kelly or MGK, and MGK, following the culture responded to it with his own Diss track.
What did the fans get? Helluva entertainment, and some new raps back to back!
Just like everything else, this culture of Dissing has found its way to India and both underground and commercially hit rappers are embracing it warmly.
(courtesy: Youtube)
It all started with the famous rapper Raftaar making a comment on a Mumbai-based underground rapper EmiwayBantai, said that there is no money in underground rapping. Following the interview, Emiway thrashed (or dissed) Raftaar in his Diss TrackSamajh Mein Aaya Kya, giving a sassy reply to Raftaar. He also said a lot about two other underground rappers, Divine and MC Stan.
This dissing was declared as the start of a culture, when the extremely popular and commercially hit rapper, Raftaar responded back in the same style. And Emiway again released another track named, Giraftar.
Again, what the fans are getting? Helluva entertainment, and some new raps back to back!
All hail to the new music genre and the instant products it is giving way to.
0 0