Are the accusations recently made on Kangana Ranaut by various filmmakers true? - letsdiskuss

Are the accusations recently made on Kangana Ranaut by various filmmakers true?

Kangana Ranaut has earned a world of praises for her latest release, Manikarnika: The Queen of Jhansi. The movie did not just beat the same-day release, Nawazzuddin Siddique's Thackeray, but also did a good business at box office. 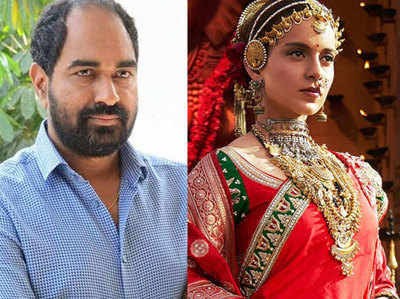 The news that she has not just played the lead role, but has also co-directed the movie is making rounds too. And this is here that she has been accussed. .

Ranaut, due to her selection of films and her spectacular performance, is now called the "Queen of Bollywood", and rightly so.

And we also know how her success is making many in the industry wondering. Her bold attitude and confident claims have made many a lives difficult in Bollywood.

And now she's being called out and slammed for stealing the credits of direction previously from Hansal Mehta for Simran and currently from Krrish for Manikarnika.

Even Pooja Bhatt and other filmmakers have called her out for past as well as present wrong-doings.

I personally don't think Kangana Ranaut can do such a petty thing for limelight, publicity, or fame. It is just Bollywood is too big and loud and can suppress a single female's voice easily.

That was what Adhyayan Suman, Hrithik Roshan, and Karan Johar tried to do with her. But she's a queen and knows how to make each and every mouth against her shut (and no she's no witch).

Kangana Ranaut, recently, is undeniably the strongest actress in the industry. While all the actresses are busy marrying businessmen and Hollywood singers, she is focussing on her career. With Manikarnika, she proved herself as a good director as well, and that's the reason of all this ruckus.
0 0