Do you think Kangana Ranaut Manikarnika will face similar protests like Padmavat faced from Karni Sena?

It’s already happening. After Padmavat, now Kangana Ranaut starrer Manikarnika is facing the backlash from the Brahmin outfits. This movie is based on the life of Rani Laxmibai, which again can be a sensitive issue for many.

And you’re right in saying. Government inaction is the biggest reason why such vigilantes create such ruckus in the name of their caste and culture, which leads to property destructions and threat to life. Imagine what would have happened the last time when Karni Sena was out on their bikes and cars creating rumpus across the city if someone was hurt or injured. We saw the footage of school bus filled with kids attacked.

At such time, when government should have made a strong statement against these terror outfits, they sat back on looked at the ongoing melee. In fact, some of the ministers were even taking sides of the Karni Sena. What’s even worse is how the opposition reacted to this entire event. Congress could have easily picked up this issue and gheroed the government, but they too stayed at the sidelines, fearing their interference could harm their vote bank.

Now it’s Manikarnika at the brisk of another Bollywood-esque controversy. And expectedly, neither the government nor those in the oppositions will take any strong stand, letting these non-sense, over-sensitive groups run loose in the city and defy the constitutional fabric of this country. So much for a “new India”… 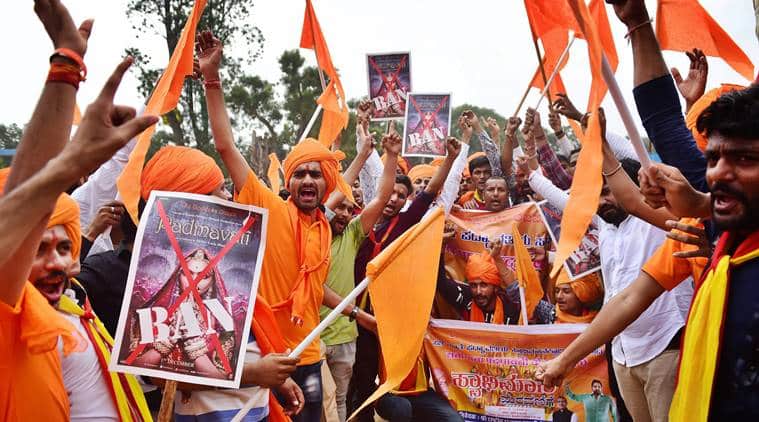