How has cyclone Fani affected General Elections in Odisha? - letsdiskuss

Marketing Manager | Posted on 1-May-2019 | News-Current-Topics

How has cyclone Fani affected General Elections in Odisha?

Keeping aside the current hot topic of the nation -elections, for once, let's talk about the impact of Cyclone Fani (pronounced as Foni) in some parts of the country.
​
​So the cyclone which hit the eastern coasts and was reported on Monday is likely to move towards Northeast, according to the Indian Meteorological Department. IMD has already issued a "yellow warning" calling the soon-to-be cyclone storm even severe than "Titli" which hit the Andhra-Odisha coast last year and even killed 60 people. While IMD has issued a formal cyclone alert, Odisha government has also called high alert in the state. 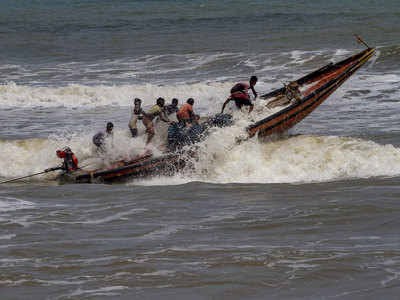 (Courtesy: The Times of India)

According to the concerned officials, the cyclone storm is expected to hit the state on Friday passing through Puri and Balasore. As the preparation to welcome Fani takes its toll, the schools and colleges in Odisha have been closed for Thursday and the Indian Navy has been employed along with expert divers and doctors for the rescue mission. Even the IAF has been alerted.
​
​The same measures have been taken in the nearby states of West Bengal and Andhra Pradesh, and the evacuation of people from the low-lying areas is the government's first priority as of now.
​
​Now coming to the next important thing, and of course, your question, all this crisis and chaos has affected the General Election 2019 too. As the Chief Minister of Odisha, Naveen Patnaik, prepares the state for the impending natural disaster, he has requested the Chief Election Commissioner to lift the Model Code of Conduct and postpone the elections in the state.
​
​It is important to note that Odisha has both the Lok Sabha and the Assembly Elections simultaneously this month. So at this politically crucial time, no chances can be taken. Neither in the case of public nor in that of votes.
​
​So the elections scheduled around May 19 have been postponed for good, telling the public of the priority of the government in Odisha.
0 0