How viable are Jeff Bezos’s plans of lunar manufacturing? - letsdiskuss

How viable are Jeff Bezos’s plans of lunar manufacturing?

The plans of Amazon CEO Jeff Bezos of colonializing moon and setting up industries there is not a match to the proposal of Elon Musk of inhabiting Mars in the time frame of next 10 years. But while as interesting as it is to draw a line between these two visionaries (and multi-billionaires) for distinction, let’s just stick to Bezos for once and understand the viability of his plans.

Yes, the idea of colonizing moon, live there and set up hubs for business. And with the timeframe that Bezos’s space flight company, Blue Origin, has in mind of “decades, maybe 100 years”, it’s possible.

The conditions on Moon is much friendlier to humans than any other thing out in the space. Or at least that’s what we know till now. There’s 24/7 access to sunlight which would nourish life, water is there, and the lunar surface is much favourable that could be mined for a range of things, including oxygen and rocket fuel.

Indeed, taking a chunk of population from earth to the moon is a challenge in itself. Plus, adapting to the unique conditions of moon there – however promising – will pose some problems. The room for committing mistakes on such ambitious plans is very less. You commit mistake and people would die. So, yeah, the task at-hand is difficult. Moreover, if you’re planning to set up manufacturing plants there. But it’s possible, given with the fast pace we’ve been striding in the progress of space exploration in recent times.

Besides, such ambitious plans are no more a luxury or personal aspirations of few motivated individuals. This move of colonializing moon and other planets is a need of the hour. Earth isn’t in its best shape. The natural resources are fast getting extinct. The living conditions are worsening. And the dangers of natural calamities loom high all the time. It’s time now we take serious measures to save human population, ease off the pressure from earth, and live somewhere else.

And there are only select few people out there who can really take up such striving missions. Amazon CEO Jeff Bezos is one of them. 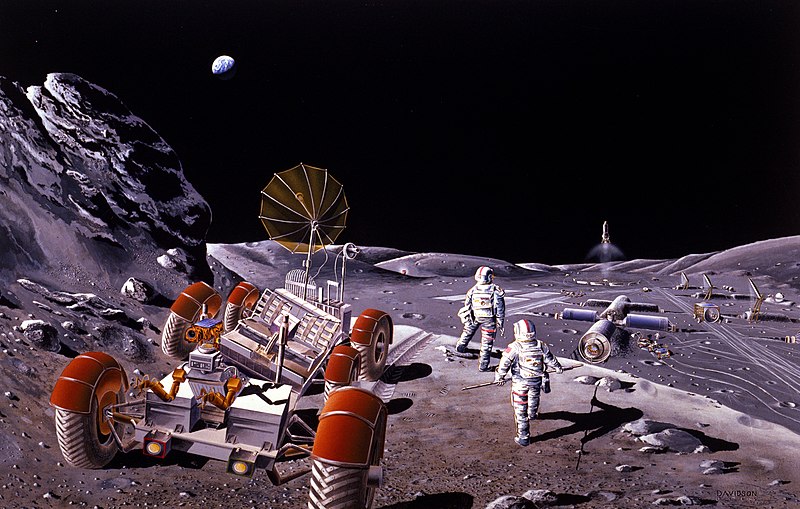 I really like Bezo's idea of colonizing the moon as it will shift the burden of resource exploitation from Earth. If it can help in the advancement of humanity, then I don't know why we should not believe in his propositions. After all, we all believed Elon Musk talking of hyperloops and were fascinated.

The rest depends on the future, of course.