Blog
Earn With Us
र

Should Congress make Shashi Tharoor its leader over Rahul Gandhi?

Shashi Tharoor or Dr. Shashi Tharoor is a big brand in India among the youth population in the Indian Politics. Dr. Tharoor has a high command over the English Language and is one of the best orators in the country. He has been into news over his tweet of "Exasperating farrago........." which even the foreigners could not decode. And farrago became the most searched word on the Internet. He has been a Member of Parliament, Lok Sabhi since 2009. He is known as a politician, writer, spokesperson of Congress etc.

He has been in the UN council and has risen to the post of General Secretary at UN preceeding Ban Ki Mun. He is a world renowned politician who has outwitted  the others through his extraordinary extempore skills. He has given a hundreds and thousands of articles in New York Times, The Hindu, etc. 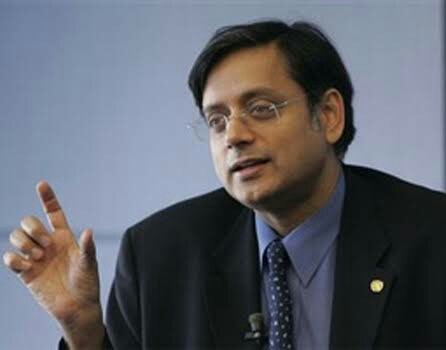 Tharoor himself said in an interview that he was approached by INC, The communists and the BJP but he chose Congress because of their ideology and he started his career by winning from a margin of 1 lakh votes from Kerala. Till then he served various role into the state government cabinet as well as centre governments cabinet. Still he is in the Standing Parliament committee. He is the man behind the scrapping of sec 377 of the Indian Penal Code.

So coming to your question, what would happen if Congress would make Tharoor it's leader over Rahul gandhi. This is the demand of most of the people in the country as well as in the Congress committee. Had he been the leader over Rahul Gandhi, the situation of Congress would be different today. The congress would not have been struggling as it is struggling now in the elections. He is one of the senior most members of the Congress and everybody expected him to be the next leader, But it didn't happen that way.

Tharoor himself said, he himself doesn't want to the leader, of the party and could be the next face of PM. Had he been the next face, people would have voted for him surely in 2019. Now let's see how much it would affect Congress by continuing the genetic hierarchy into the party and not going with the face who is much better, wittier, influential and experienced than Gandhi Himself.
0 0
S

“Exasperating farrago of distortions, misrepresentations& outright lies being broadcast by an unprincipled showman masquerading as a journalist”

Just with this simple (okay, not so simple) tweet, Congress MP Shashi Tharoor managed to trend on the social platforms across the country. The word ‘Farrago’ became the most searched term. While many picked this tweet for fun, humor and memes, undoubtedly this shows the real popularity of Mr Tharoor among the young Indians.

With impeccable extempore and fluency that rivals even that of the very best, Shashi Tharoor has managed to win the attention and respect of Indians – the citizens and the oppositions. And this has led many asking if he should replace Rahul Gandhi as Congress’s leadership role.

Many believe, even the ones from inside the party, that Rahul Gandhi is incompetent to lead congress. Devastating losses in recent elections has had Congress look back into the reasons of its existence. The party desperately needs a leader to guide it to the light. While Mr Gandhi is young and he often tries to lure the young population in his speeches, it is very evident that he has failed miserably to connect with the masses. Other leaders of the parties are no good either.

At such time when we see a congress leader with such high appeal among the Indian youths – a name held high even among the oppositions – Shashi Tharoor sure seems like a nice replacement for Rahul Gandhi. He sure looks like the right name that can pick up congress from its biggest failures. He is, after all, doing some tremendous work in Kerala.
0 0