Should India and Indian army handover Kashmir to Israel to resolve all the issues there? - letsdiskuss

Should India and Indian army handover Kashmir to Israel to resolve all the issues there? 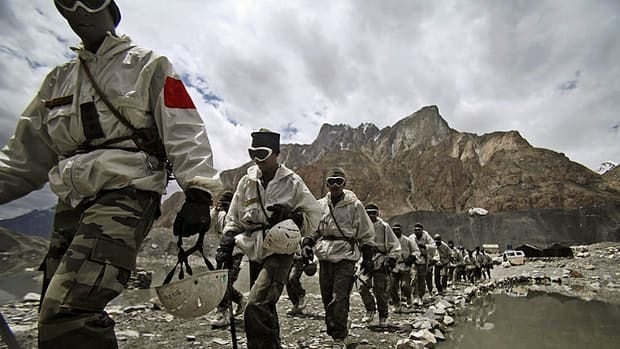 So that they can do to Kashmiri people what they are doing to people living in Gaza Stripe?

To even think that shows your lack of trust and empathy in the capability and diplomacy Modi-Government, Indian army, and entire nation towards the Kashmir issue.

Indeed, whatever is happening in Kashmir is the biggest problem of our time. And as it looks, it won’t be solved anytime soon—for at least as long as right-wing parties and jingoist media houses are ruling this country.

But this shouldn’t necessarily mean we give this problem to others to solve for us. Regardless what they are doing, and their failures, Indian government should not take help from any third-party—unless that third-party is a neutral organization, like United Nation.

If we opt to handle our ***** to Israel, who to say Pakistan won’t handle the case to China. Then not only would we be dealing with a civil war – that has comfortably spiralled out of Kashmir and across the country, thanks to instigating news channels and political parties – we would also be dealing with cross-border war. And this will not only damage the prosperity of individual home countries but also the economic condition of whole of Asia, and indirectly the world.

What is to Israel? They would use brutal force to simmer down the situation in Kashmir and at LOC. And then leave! The whole damage will be left upon India to handle.

So, no, Indian officials should never handle Kashmir to any third-party to resolve Kashmir issue—not Israel, not Sri Sri Ravi Shankar.