The biggest Indian ott releases in 2022 and Why? - letsdiskuss

The biggest Indian ott releases in 2022 and Why?

In the year 2022, the Indian OTT market will be worth Rs. 10 billion and will have over 12 million subscribers.
The major driving force behind this growth is streaming services like Netflix which are now available in India and offer quality original programming such as Bojack Horseman, Stranger Things, Narcos, Marvel's Daredevil, etc. This can be attributed to a decrease in piracy rates as people who would usually use torrents to download content now sign up for paid subscriptions on legal streaming sites such as Netflix.

We all know the craze of Over-the-top Platforms in India and other countries. But the question is why all of sudden the OTT became the biggest platform and how it became demandable among the audience. In this article, we discuss all the things. So let’s begin.

The OTT has a huge fan base. In 2022, the India OTT market will be worth Rs. 10 million. The first OTT platform came to India in 2008, and slowly-slowly it creates a huge fan base among the people because anyone can watch it anywhere. And one most important reason for OTT’s success is that the audience gets bored with the old melodic drama of Bollywood. The OTT platform always comes with a realistic story. The craze of OTT already started around the audience and when the pandemic arrives all the theatres are closed, at that time audience joined the OTT Platform.  The Pandemic changed the taste and preference of the audience. The current condition is that audience prefers to watch movies and series at home in a chilling and relaxing mood.

When the major of the audience joined the OTT platform producers also shifted to the OTT platform instead of releasing a movie in the theatres because there is no worth if the audience doesn’t watch. There are many OTT platforms available in India and a major driving force behind the growth is streaming services Like A, Netflix, ZeeTv, Voot, Disney Hotstar, and so on 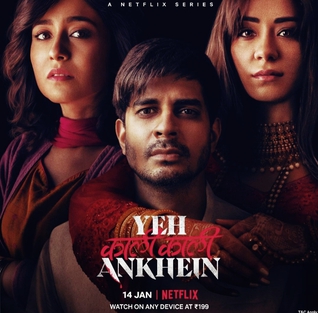