The top best upcoming movies of Hollywood in 2022. - letsdiskuss

The top best upcoming movies of Hollywood in 2022. 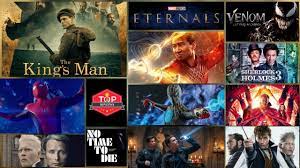 It is one of the awaited films that will be released on 8th March. It is based on Chile's martial arts master Marko Zaror kicking and flipping, showing off the skills in the upcoming sci-fi action movie named Invincible. Zaror here plays the character of Brock Cortez who is the test subject at a military black site and has been augmented with nanotechnology. The way the film has been crafted, it is definitely one of the best upcoming action movies.

Vietnam's action movie scene has gotten all the attention in the recent years, with 578 Magnum being the latest on the platform. 578 Magnum looks appropriately headstrong and will definitely mark a stand in this regard. Supposedly 578 Magnum will hit theatres in Vietnam on March 25, and hopefully, the western release will be followed.

The top gun Maverick stars Tom Cruise where he plays the role of Captain Pete named Maverick Mitchell . The now veteran naval aviator has been given a task to teach or rather train new troops of people which also includes new hotshot "Rooster," the son of Maverick's late friend Goose.

Another of best upcoming action movie id 2022's action-comedies, Violent Night which will bring a holiday season theme to a decidedly different kind of heist story that will give an adrenaline rush to the audience. In Violent Night, a team of mercenaries goes into a rich family's home on Christmas Eve , only for Santa Claus himself to enter the picture.

These were some of the best upcoming action movies. You can choose anyone and you will not regret it.

Hollywood movies are one of the most watchable movies around the world.People wait to see their movies so here are some of the new movies which are releadung in 2022 are as follows:

These are some best movies will be releasing in 2022. 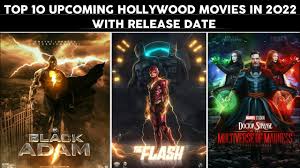