Halloween is an ancient Celtic festival of Samhain, which is celebrated on October 31 each year, to ward off ghosts. In the eighth century 1st November was designated as a time to honor all saints by Pope Gregory III, so the evening before that was known as all hallows eve later Halloween. Then by the time Halloween grew as trick-or-treating, carving jack-o-lanterns, festive gatherings, donning costumes and eating sweet treats. On this day special makeup is done by children’s and elder for Halloween party celebration. Here are some tips for Halloween makeup.

• Make sure your makeup matches with your costume. Like if your costume is of vampire or some wizard has makeup according to that.

• You can create wounds in the face but the makeup should be in the right way so that it looks scary.

• Use the things which you have for normal makeup like lipsticks, kohl, mascara etc. apply lipsticks on lips in such a way that it looks like you have drunken blood.

• don't overdo the makeup, as it will look bad and messed up. try to have simple and scary makeup.

• Take special care of smudge as because of makeup there are a lot of chances of smudge.

1. Perform a skin test of new products and wait 24 hours for any reactions. This is important for those with sensitive skin or a history of allergies. ...

Blacklight makeup or UV makeup is quite intriguing. What is it really? What is it made of? Why does it look so fascinating? We're here to answer all of your questions and then some more. Before we get into that, let's get into a quick lesson in science, shall we? Anything that has phosphorous usually glows under a black light.

There is one more thing which you can do it you Halloween and It's contact lenses for Halloween. lots of contact lenses in the market and online stores also. You also can do this thing.

Halloween is all about makeup, masks and altering yourself into specific remarkable personalities with a slight creative talent. Here are some of the utmost incredible DIY Halloween Makeup ideas and motivations that are going to make you want to pull off a scary, charming and extraordinary look at the trick-or-treats.

Hallows' Eve is like Christmas with more blood and guts. It's the time of year we get to show off our creativity in the extreme.It's not for everyday, but when the occasion calls for horror makeup, get your cosmetics out and let your creativity fly. From a realistic zombie to a scary clown, dramatic Halloween-style looks are easy to create once you know how 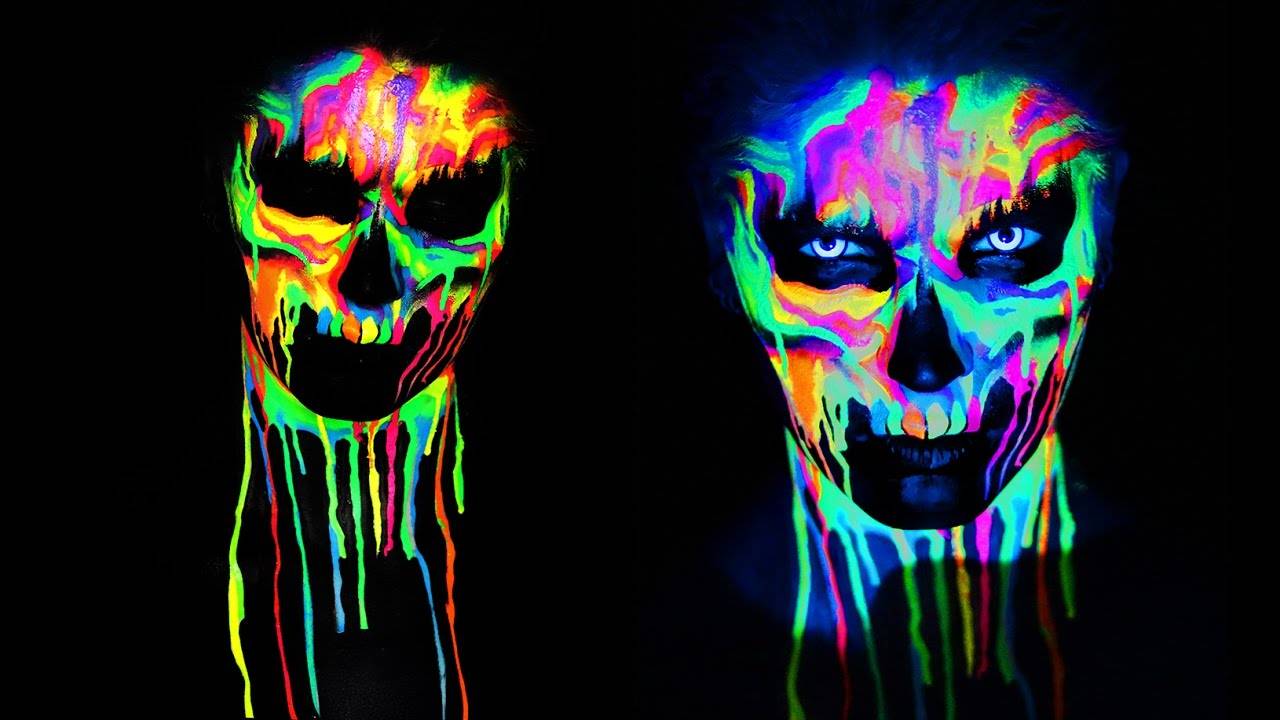 you must try the black light makeup as Halloween would be nothing without a little glow-in-the-dark beauty to make your makeup stand out all night long,