What are the major imports and exports of India? - letsdiskuss

What are the major imports and exports of India?

India imports more than it exports.

Its trade deficit, in March 2019, stood at USD 10.89 billion, still -- even with all the hullabaloo of Make in India campaign -- occupying the place of one of the country's biggest economic challenges.
Talking about import, India needs crude oil the most. In 2014, oil made up for 38.3 percent of its total import. It relies on countries like Saudi Arabia, Iran, Iraq and a few African countries for the commodity.
(Courtesy: Bloomberg Quint)
Next on the list of major imports of India includes metals (like Aluminum), electronic products (like Smartphones), machine, engines, organic chemicals, plastics, iron, and steel.
Coming to export, India is one of the foremost destinations to many countries for refined petroleum. It includes products like kerosene, gasoline, and more.
Other major exports of India includes metals, coins, vehicles, organic chemicals, pharmaceuticals, cereals, iron and steel, and clothing.
India's biggest trading partner is the United States, where India enjoys the biggest surplus. (USD 19 billion).
(Courtesy: Business Standard)
Other big trading partners of India are
• UAE
• China
• Hong Kong
• Singapore
• United Kingdom
• Germany
• Bangladesh
• Netherlands
Trade with China brings India its biggest deficit. (USD 57.3 billion)
(Courtesy: Frontera)
Narrowing the gap between import and export can be one of the game-changers for the Indian economy. But again, it's easier said than done that requires more than just a blanket dream of turning the country into a manufacturing hub. Indeed, China turned the table for its economy in the past 3 decades by investing extensively in manufacturing. However, at the same time, the country also invested extensively in its social and political infrastructure, as well as technology. And that's what India needs now. Sadly, this government or that, improving deficit doesn’t necessarily seem to be on their priority list.
(Courtesy: The Indian Express)
In 2017-18, India's trade deficit almost doubled vs. the previous year…
1 0 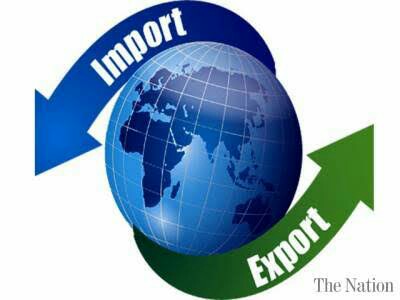 The main items which India imports are Petroleum which is the major item of Import. We have highly dependent of gulf countries for crude oil. The other items include Precious metals, Chemicals, jems and jewellery, Refinery products, electronic products etc. The electronic products also occupy a major share into India's import. As most of the innovations happen  in developed countries, thus a lot of manufacturing takes place there and we import from those countries. The major electronic items include TVs, Mobile phones, Washing Machines, etc

The major items of India's exports include Refinery products(refined oil, etc), pulses and spices, agriculture products, precious stones, software products mainly IT related exports. The major contributor to our exports is the precious stones and the software products. The Indian IT industry has been blooming all around the world. And thus significantly contribute to it. For eg firms like Infosys, Will, TCS etc. 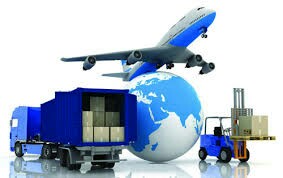 India has been running a huge fiscal deficit with US. US has always been in a dominating position. In the previous quarter only India has seen a surplus in some sector with US trade,but because of the high dominance it has asked India to deliberately reduce its export to US.

The same situation is with China. China has been dumping a lot of low cost products into India. Mainly these products deal with electronic items such as chips, earphones, phones, lights , etc. We have the latest deficit with china. All these is the result of political environment, international relations between countries, etc.
0 0