What caused a sandstorm in Egypt?

A Sandstorm is exactly what it sounds like, it is a very strong windstorm especially in the desert, that carries clouds of sand or dust. It greatly reduces visibility and they are also known as dust storms.

Sandstorms are very frequent in the month of April and May in Egypt due to strong winds blowing from North Africa. Strong winds blowing over loose soil or sand, gradually pick up so much of the material that visibility becomes zero.

The recent one sandstorm in Egypt that dramatically reduced visibility, forcing the closure of several highways in the New Valley is believed to be caused by a collapsing thunderstorm. Such sandstorms may give you a wow feeling as you have watched in movies like "Mummy", they may look impressive, but they can be hazardous due to their ability to dramatically reduce visibility in a matter of seconds. 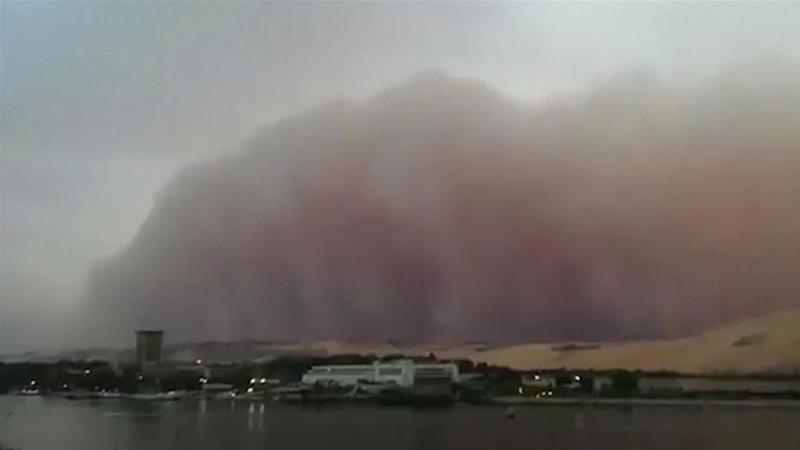 It depends where you came from.but by and large it is sweltering in the late spring with high level of moistness uniquely in upper Egypt and Warm in winter with continuous rain at the north. It once in a while rains in upper Egypt however when it downpours it progresses toward becoming surges which happens once in a while.
0 0