What Has The Government Done In Past 2 Years To Improve The Condition Of Sports In India? - letsdiskuss

What Has The Government Done In Past 2 Years To Improve The Condition Of Sports In India?

A basic and blunt answer is NOTHING. Or for the optimists and pro-government—NOTHING MUCH. And this isn’t as surprising as it should be. Like all Indian governments in the past, even this one didn’t have sports put in its agenda very prominently. Except, of course, the idea of “khel me sudhaar” (sports betterment) shackled in their election manifesto for voter appeasement.

Cricket is still the eye-star for everyone. The idea of Indian football team qualifying for some high-stake international leagues give way for bursts of laughter. Hockey is still the National Sports for its name sake. With Vijendar Singh gone to the professional level, we still have someone to take the centre stage in boxing. From wrestling, tennis and badminton to basketball, archery, and cycling—we only have couple of known names in these sports as a mean of tokenism for progress in sports.

The media still gets over-excited when a female athlete performs on a national and international level, which shows either we’re still in 1950s or how rare such instances are.

All of these things in a population of over a billion with 60 percent under the age of 30 years. Amazing!! (Sense sarcasm here.)

Sports in India start and ends with cricket. That’s it!

And while a lot of culpability goes to every Indian for failing to recognize other sports and athletes, our “dynamic” government must be held responsible for failing to deliver on all their promises of development in sports.

The infrastructure is just as fragile. Sportsperson and enthusiasts aren’t encouraged properly. While in the last budget the government did introduce a new scheme of Khelo India allotting Rs 575 crore, it hasn’t had any impact till now. How and where they will spend that amount on sports in India is not known. Khelo India, in fact, is just another attempt – possibly before general election 2019 – to paint a bright picture on the exterior when actually the inside is crumbling.

Besides, hardly does many know who our sports minister is, let alone knowing what he and his ministry is up to.

So, in short, much like any other government, this government did nothing to improve the conditions of sports in India. Don’t expect things to change anytime soon; not at least in few decades. 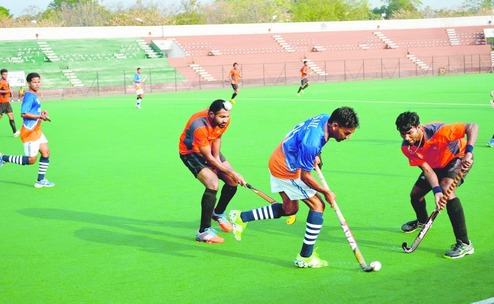