Allopathy, also called Biomedicine, is a general term for an approach to health care that places emphasis on the prevention, diagnosis and treatment of disease using pharmacologic therapies. Allopathy came into use in 1828 by Samuel Hahnemann, who founded the idea of homeopathy.

Though allopathy is used broadly to refer to any type of healthcare system that uses pharmaceuticals, it has come to be associated with modern western medicine's predominant system of healing illnesses with pharmaceuticals. Modern biomedicine has diverged into three main branches: allopathic medicine (mainstream modern medicine), naturopathy (natural medicine) and homeopathic practice. 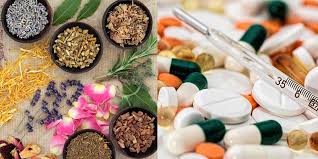