Anime is a Japanese style of palm and computerized animation. Outside of Japan and in English, meanwhile, anime is a vernacular term for Japanese animation that refers to animations created in Japan.
What Is It That Sets Anime So Unique?
In two words, most anime enthusiasts can sum it up: "It's unusual." Anime is as distinct from most Western cartoons as "Batman" and "Spider-Man" are from everyday newspaper comics. These variations can be seen in a variety of ways, including all the design, narrative, and even the cultural influences displayed by the protagonists.

Anime or animation are the cartoon or series or comics made in japan. For japanes people it is a sort of cartoon. It includes character which are not real People's.

Most of the people never Heard of the word anime. They are getting popular day by day. Some of the anime includes adult scenes and anime are just not for kids.

This are some top all time favourite anime. 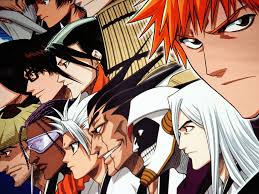 Anime is a style of animation from Japan that has been developed largely for TV broadcast. The word anime is the Japanese word for "animation", and was adapted into English to refer specifically to animation from Japan. The word is prevalent enough in the United States to have a different meaning, where it can often mean a notion associated with Japanese culture.

It combines graphic art, characterization, cinematography, and other forms of imaginative and individualistic techniques.