What is Blockchain technology? - letsdiskuss

What is Blockchain technology?

If you have heard of Bitcoin (which you probably have), you must have also heard of Blockchain Technology. Many people are calling this revolutionary and many top institutions are already employing this technology. But what it really is?

Blockchain is a digital decentralized public ledger where transactions are recorded. The individual transactions – also called blocks – are recorded and added to the ledger in chronological order. There isn’t any central institute that handles the bookkeeping. It is completely independent.

The block or recent transactions are recorded through cryptography. And once it is recorded, it goes to the blockchain as a permanent database, which can never be altered. Each block usually contains a cryptographic hash pointer as a link to previous block. It’s actually what its name says, a chain of blocks.

This whole database – that is continuously growing – is created by a technology known as blockchain technology.

The main reason why blockchain technology came into existence and became so popular is because of the transparency and meddle-proofing in recording transactions it brings. Also, transactions recorded on digital ledger are much cheaper and quicker. This is the biggest reason why many tech companies and organizations in financial sector are taking up this sector.

India’s largest bank SBI (State Bank of India) has already announced that it soon will be using blockchain for smart contracts and KYC. Expect more joining this bandwagon as this technology matures

The blockchain is a system in which records of transactions are made in bitcoin or another cryptocurrency. It is maintained among several computers that are linked together in a well-formed network. This technology is like an internet which has built-in robustness.

The blockchain technology cannot be controlled by a single entity and it has no single point of failure.

Blockchain innovation is most basically characterized as a decentralized, conveyed record that records the provenance of a computerized resource. ... Blockchain is most just characterized as a decentralized, dispersed record innovation that records the provenance of an advanced resource.
1 0
S

Blockchain technology is based on peer-to-peer (P2P) topology, and it is a DLT i.e. Distributed Ledger Technology (DLT) in which data is stored on thousands of servers located worldwide. Anyone on the network is able to see everyone else's entries.
0 0
G

Blockchain has been hailed by many as the next frontier of technology, creating a new form of digital currency that's not controlled by any country or government. It's very secure and transparent, making it a perfect tool for all kinds of transactions.

The people behind blockchain say it will change the world but an impactful one is yet to be seen. For now, companies like Apple and Microsoft are eyeing blockchain as an input into their own products and services. The technology will likely have widespread use in just a few years with widespread implications afterward if its uses continue to expand in the future. 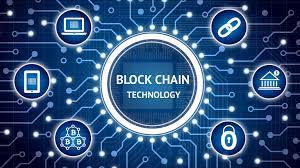