What is Demogorgon ! Is it real or fake? - letsdiskuss

What is Demogorgon ! Is it real or fake?

Demogorgon is the demon or devil found near the underworld. The name Demogorgon has came from the scholar of fourth century named as Lactantius placidus. It is connected to Greek mythology. It is seen as a mythical character or creature from the "Upside down". It is basically a mysterious spirit who was declared or considered as the god of Greek mythology. According to some experts, it is seen as fake but some proves that it is genuine. 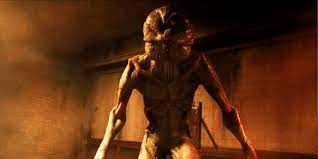 The mystery of "demogorgon" has people scratching their heads. What was it?  Is the Demogorgon real or fake? How did the show "Stranger Things" come up with such an amazing creature?

In the “Stranger Things” series, demogorgon is a monster that terrorizes the friends on our favorite TV show. Demogrongon stranger things, creature’s features are shown as being humanoid in origin and including one head, two eyes, a mouth, an arm with three claw-like fingers and a snake tail. If you loved Stranger Things, the retro '80s sci-fi drama with its cool kids and creepy monsters, then you're most likely a fan of "demogorgon" too. 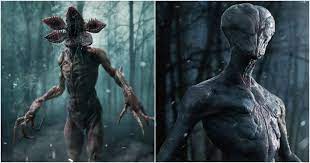 This word might not exist before Stranger Things was released last year, but since then it has become the official name for the monster of Hawkins, Indiana. And now we know how to pronounce it: "deh-muh-gor-gun." This is thanks to Eleven's incredible abilities with etymology and language (plus her quoting of The Lord of the Flies).

He's not lying: The cast and creators of this popular Netflix series are still learning new things about their show all the time — especially when it comes to its pop-culture cred.

What is demogorgon meaning?

Demogorgon is a fictional creature from the Dungeons & Dragons role-playing system. This word of power is also an uncommon name.

What's in a name? If you're Demogorgon, quite a lot! Demogorgon is not just any old name, it's one of the most powerful monsters that ever existed. The creature was so deadly and destructive that demons begged to be banished to other realms for fear that he would take over Hell. 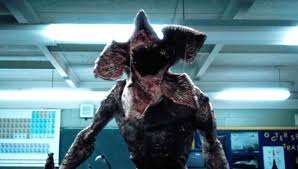 Picture of the Demogorgon

So, who is this guy, the Demogorgon? The Demogorgon is a fictional creature from the television show Stranger Things. It's an interdimensional being that feeds on human life and energy. The monster first appears in season 1 of the television show as a formless mass of flesh made from a slug-like creature called an Upside Downer that lives in another dimension called "the Upside Down".

The Demogorgon has been known to terrorize both humans and animals alike in its pursuit to feed. To defend themselves against this elusive enemy, Eleven (one of the main characters) uses her psychokinetic abilities to fight back but it does not appear she could ever kill it. 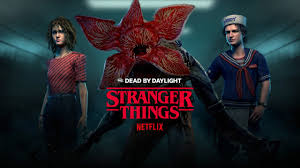