What is Eid ul-Adha and why is it celebrated? - letsdiskuss

What is Eid ul-Adha and why is it celebrated?

This post is an informative post about the Islamic holiday Eid-ul-Adha and will cover the observance's history, traditions, and celebrations.

The Eid-ul-Adha is the second most important feast in Islam.

This year (2021) Eid-ul-Adha falls on Wednesday July 21st. The day begins with a pre-dawn prayer and then the slaughtering of livestock for a celebratory feast. After the slaughtering an animal has to be divided into three parts: one part being given to family and friends, another part being donated to those less fortunate than you are, and the final part is kept for home consumption by you.

Eid-ul-Adha has numerous origins as is found in Islamic history. In the Arabic, Eid al Adha means "the sacrifice of the sacrifice". It was named so by Ibrahim (Abraham). On this occasion Ibrahim would sacrifice his son Ishmael as a test to see if Allah would accept his sacrifices after the failure of making a sacrifice to the gods. The Qur'an says that Ibrahim's action was but a test, meaning that he did not actually perform any sacrifices; rather, it was only a test. Just as Abraham called upon Allah for strength to kill his son, so too Abraham's son Ishmael called upon Allah for strength in order to take his life. At this point Allah intervened and told Ibrahim that he was going to spare his son's life. It is also important to note that the Qur'an states that Ibrahim only wanted to sacrifice his son as a test; it is not known whether Ibrahim actually made a sacrifice. However, the Qur'an does say that "of his offspring, one, Ibraham, was an Ummatic man who clung on (to the religion of pure Monotheism), and he was not of those who associate partners (with Allah)". His son Ishmael had twelve sons who are considered by Muslims as prophets in Islam. 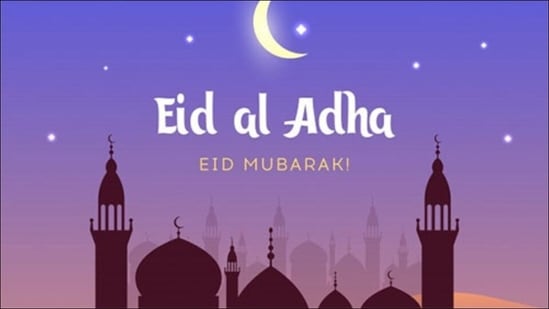 In the year 2021, Happy Eid-ul-Adha will be celebrated on the date 21 July, 2021. There is not a single set method of celebrating Eid-ul-Adha for every muslim and it is always celebrated with energy and enthusiasm. In this blog post we provide a list of interesting ideas for you to celebrate Eid 2021 with your family members.

The Eid- ul- Adha is one of the so popular festivals of Muslims. There are two type of Eid namely Eid-ul-Fitr and Eid-ul-Adha. Eid-ul-Fitr indicates the ending of Holy month of Ramadan. Meanwhile, Eid-ul-Adha is celebrated on the completion of annual Hajj pilgrimage, at the time of Qurbani. It is celebrated to honor the Prophet Ibrahim’s devotion to Allah SWT and his readiness to sacrifice his son, Ismail. In 2021, this day comes on 21 July, 2021.