What is the best cursive font in Microsoft Word? - letsdiskuss

What is the best cursive font in Microsoft Word?

MS-Word has numerous types of cursive fonts but it is a bit difficult to choose the best as it varies from person to person. Some of the cursive fonts include-Segoe Script, Lucida Handwriting, Edwardian Script, Kunstler Script and so on. Some of the cursive fonts are free and some of them are paid. Fonts add a different vibe to your design to make it look more attractive. My personal favourite is Edwardian Script font. It looks very classy and stylish which adds your document to another level. The edwardiandian script is free and is used for personal work only. It is mainly used to create different designs, logos, postsignboardoard for shops or store names and so on. Also, it can be used in interior designs, product packaging. 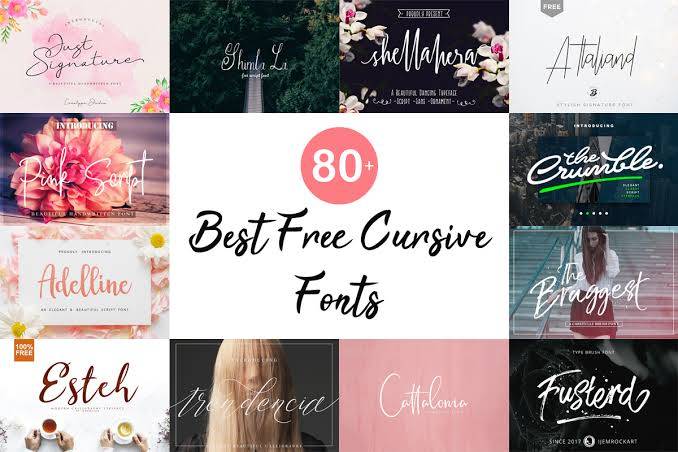 Lucida Handwriting is also considered one of the best fonts in MS-Word by many people. It is just a casual font used for fun reading on screens and also in print. Lucida Handwriting is a part of the Lucida superfamily of fonts. The capital heights, x-heights, and main stem weights of a Lucida style are coordinated.

Kunstler Script is also loved by many MS-Word users. It was designed in 1902. This font looks similar to the English copperplate scripts used in the late nineteenth century. It is mainly used as a text overlay for any background image but also can be used for personal works like cover page design, signboard design logos and many more. For commercial use, it is recommended to contact the author. Most of the cursive fonts in Word look very elegant and beautiful.

Did you know that there are two different types of cursive fonts? One mimics traditional calligraphy and one doesn’t. Which one do you want? The first thing to think about is whether you like a traditional lettering style or not because it can affect how easy it is to read your document if someone else needs to come along and edit it later down the line.

Cursive writing is a beautiful and graceful way to pen out your thoughts. But if you’ve never written in cursive before, you might not know how to make it look as pretty as you want it to be. Thankfully, there are different fonts for cursive writing that will help you avoid the most common mistakes people make when they start out. You can use these fonts with Microsoft Word so everyone will know that you were serious about the beauty of cursive!

Keep reading for some of our favorite font options!

This elegant style is modeled on 18th-century copperplate engravings and offers an embellished alternative to more traditional scripts like Pisgah. This one is an excellent choice for writing names, titles or short messages. You can find it in Microsoft Word with the name Copperplate Cursive. 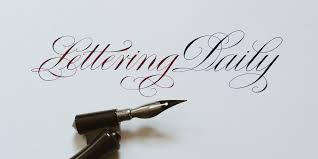 This cursive is elegant in its own way. The style was based on something that children would write with crayons, but after its initial creation, it has become quite popular with adults too. The font is available directly from Microsoft Word, and it is called Swirly Cursive. 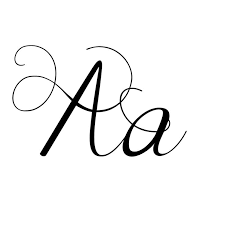 This cursive font is what we might call casual cursive. It is a bit more whimsical than the previous two options and will certainly help set your writing apart from everyone else’s. You can find this font at Microsoft Word as well, and it is called Fancy Cursive. 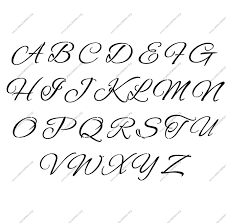 The name of this cursive font might be our favorite feature. How could you not love typing with a font that has the word “zippy” in it! This cursive style is sweet and elegant and perfect for those who want to pen their own love notes or letters to family members. 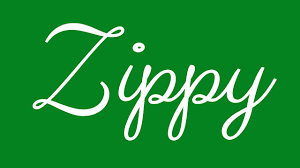 Microsoft Word is the word processor which is developed by Microsoft. It is used to write or type informations and data. It has various benefits and advantages. we can type letters or words with the help of different stylish ways by using fonts. Ms- word have so many fonts including cursive, straight, roman, english, etc. Some of the best cursive fonts in microsoft word are Segoe Script, Lucida Handwriting, Edwardian Script, Kunstler Script and many more. 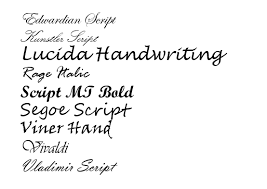 Best cursive font in Microsoft Word is as follows:

One of my favorite places to get fonts is Google Fonts. It’s an online repository of fonts that you can use to search and locate a font that you wish to use.  you can download that font and install it in Windows, which makes it available for use in Microsoft Word. There are some best cursive fonts in  Microsoft Word:

Some best cursive font in Microsoft Word are :

The best cursive font in Microsoft Word is the Arial typeface.