What is the difference between cosmetic & real fitness? - letsdiskuss

What is the difference between cosmetic & real fitness?

Cosmetic surgery or diet and exercise – which will make you look and feel your best, long term? Watching my cousin struggle changed my opinion.

Three years ago her husband died suddenly; she mourned for a year before she was ready to date. However, she was 90 pounds overweight and… disheveled. She needed to regain control. Her first move was to stop smoking: with so many single women past fifty competing for a few single men past sixty, she needed every edge she could get. Next, she worked on her teeth – crooked and stained yellow from cigarettes and coffee. She found a cosmetic dentist who did an immense amount of work, put her in braces, and then six months later did an immense amount of additional work. Fortunately, she could afford it, and ultimately her teeth looked wonderful.
After the braces went on, she had a gastric bypass – dieting had never interested her. Eventually, after losing more than 70 pounds, she had several rounds of cosmetic surgeries. First, her doctors removed the loose skin from her arms, legs, and belly, and then they performed liposuction to remove the fatty deposits that stubbornly refused to disappear from her calves and thighs.
Finally, she attacked the problems of living in an aging body with an unhealthy lifestyle – more accurately, her surgeons attacked the problem. She had a face lift, ***** lift, eye job, ***** job, and insisted that Botox be injected into every place that quivered.
0 0
N

Many people approach physical fitness for cosmetic reasons. But real fitness training is a balance of proper cardio and strength training. It is about body mind & spirit. Not good looks.

In today’s fitness scenario amongst the masses, I find more shallow reasons for people to workout. They are obsessed about a particular shape and size of the human anatomy. The 6 pack abs quest, big biceps, body fat percentage etc. These are all reasons purely cosmetic in nature to workout.

It is quite noticeable in gyms, guys pumping iron with much bigger upper body but tiny legs. They are very much focussed on big biceps chiselled chest strong back. But there is no strategy to achieve a balanced symmetrical overall strength.

If you never strength train your legs, you will never achieve impressive strength. A strong upper body combined with a weak lower body is a disaster for the future. It is a wrong strategy where you are neglecting your base and core to become strong. Nothing will produce more Human Growth Hormone in your body than a 5 sets of Leg press or squat or deadlift. Having mentioned these exercises note that achieving good form and technique should be your first priority rather than trying to lift heavy. Movement, rhythm and technique are the key elements to attain better results and avoid injuries. If you are able to achieve this first, you will automatically become stronger to lift more. But if you are not using your bigger muscles to your strength potential, which means training beyond your comfort zone. You are just doing a tick in the box in terms of your gym workouts.

Do also focus on cardio routine. It is an important part of your fitness programme. But only cardio with no strength training or vice versa, is a wrong strategy towards fitness training.

Therefore workout for the right reasons. We should all be pursuing physical fitness for the sake of whole health: body, mind and spirit. Looking good is the side effect of being healthy. It should never be the aim. 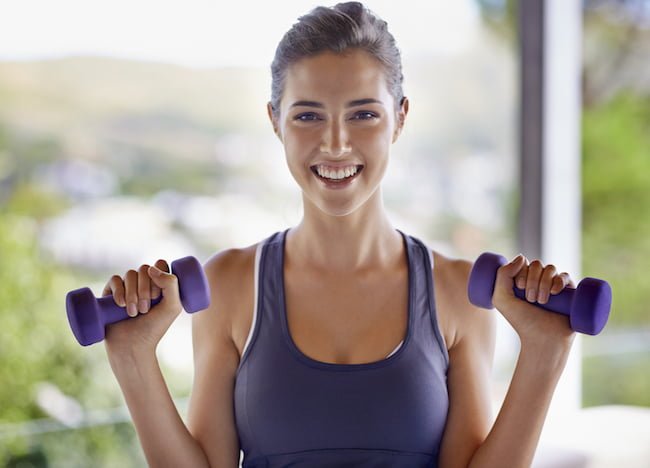