What is the Justice Loya’s death controversy?

In 2005, CBI had alleged that Amit Shah of BJP, the home minister at that time and now BJP chief, had alleged the encounter of Sohrabuddin Sheikh, who was a criminal involved in arms smuggling and several ***** crimes in Gujarat. The judge initially appointed to look into the case was Judge BH Loya. However during that time, he mysteriously died while attending a wedding. He had earlier on confessed to his sister that he had been offered Rs 100 crores as a bribe to rule in favor of the BJP chief. The medical report stated the cause of death as cardiac arrest. And two weeks after his death, a new judge was appointed by the chief Justice to replace Loya, who let off Amit Shah and ruled out trial. The family suggested that something was off about the whole situation and they swore there were injuries, however the officials and doctors rubbished their claims during Judge Loya’s last few hours alive. And no further probing was done. 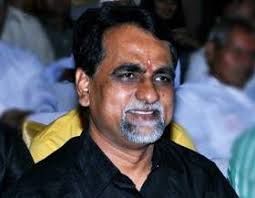 Today, in an unprecedented move, four justices of the Supreme Court (the senior-most justices after the Chief Justice of India) decided to hold a press conference to talk about the issues affecting the apex court, triggered by issues surrounding the case on the death of Judge B.H. Loya and the roster of justices at the Supreme Court. This is the first time in the history of the Supreme Court that something of this kind has happened.

The Loya case refers to the death of Justice Loya, who was presiding over a very sensitive corruption case involving BJP leader Amit Shah. On November 7, 2014; he died at his home in Nagpur in a mysterious manner. As per Indian law, Justice Jeyaneshwar Loya had to have been alive at the time of his death for his rulings to be valid. It is alleged that it is not possible for him to have passed away so soon after ruling on Amit Shah's case – it was in fact referred to be ruled upon again on December 23rd and 24th when he died.

The Justice Loya's death controversy refers to the allegation that a judge of India's Supreme Court died in suspicious circumstances on December 1, 2014. On January 15, 2015, after investigating the death of Justice Loya started in November 2016 and following accusations by some Congress members and journalists that there was foul play involved with his death, Subramanian Swamy claimed that he had evidence which shows bribery was involved with this case. This created renewed public interest in the matter. 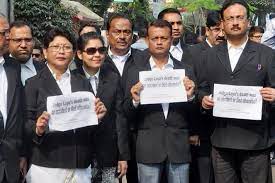