What is the releasing date for RRR and Where can I see movie? - letsdiskuss

What is the releasing date for RRR and Where can I see movie?

The release date for RRR has been confirmed by the film's producers. Due to COVID-19 constraints, the movie's release date was repeatedly pushed back. The film directed by S S Rajamouli will now be released on March 25, 2022. Ajay Devgn will appear in a cameo role in the film, which also stars Ram Charan, Jr. NTR, and Alia Bhatt. In Hindi, Tamil, Telugu, and Kannada, the film will be released.
RRR's post-theatrical digital duties have been purchased by Zee5 and Netflix. Telugu, Tamil, Kannada, among Malayalam viewers will be able to see the film on Zee5, while the Hindi and English versions will launch on Netflix, the major streaming platform. 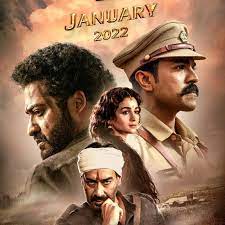