What is the situation in Peshawa, Pakistan ? 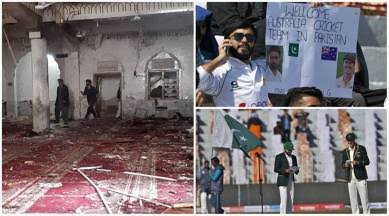 During their prayer suddenly the blast occurred and many people were injured and among them, many died. Immediately after the blast, a rescue team was informed and they arrived at the spot and rescued the injured. The rescue officers confirmed that 57 people are dead and about 194 people got injured in the Peshawar bomb blast. SSP Operations, Haroon Rasheed Khan proclaims that the attack was from two sides but only one of them had the suicidal bomb with them. Till now, no such evidence or witness has been traced but a man in black has been identified and suspected to be the bomb attacker in the Peshawar blast.

According to eyewitnesses, the man in black was the first to enter the mosque and shot the security. Then, he entered the main hall and blew himself with the rest of the people present in the mosque at that time. Strangely, he killed himself along with other people. Chief Minister of Khyber-Pakhtunkhwa expressed his grief towards the dead and urged for justice for them. He also added that attacking people in a worship place is not right. The injured are still not out of danger and their health conditions are very critical indeed. Not only the mosque but due to the blast the windows of the neighboring buildings got destroyed. The Islamic State Group describes this blast as one of the deadliest and most brutal after the July 2018 blast. After the incident bomb squad was informed and they confirmed that it was 5-8kg of TNI.