What is wife swapping? Is it prevalent in India too? - letsdiskuss

What is wife swapping? Is it prevalent in India too?

What is the wife swapping? Is it prevalent in India too?

Cheating has been given a new level of acceptance if it is done with permission. The country has been taken over by the culture of swapping partners for fun, despite the country's view that marriage is sacrosanct and that sexual intimacy should only be shared by married couples. Whatever your views on the subject, wife swapping has long been practiced in India, and, to many people's surprise, it is even becoming more common. 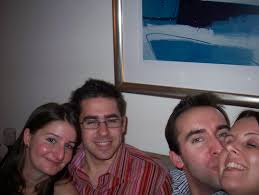 No, wife swapping isn't only a game for the wealthy and powerful; it's a game played by people from all walks of life between known spouses and unknown willing strangers.

What is Wife Swapping?

Wife swapping is the practice of wives exchange. In this practice, the real couple swap takes place for sexual pleasure on a casual basis. The couples swap partners in their willingness to spice up sensuality.

Is partner swapping spicing up love and sensuality amongst married or not-so-wed couples?

The answer is a resounding yes.

Is wife sharing prevalent in India too?

Couple Swapping is a dark little secret that is making its way out in India, with partners looking for new ways to spice up their sex life. And the true cause for swinging has been succinctly stated. 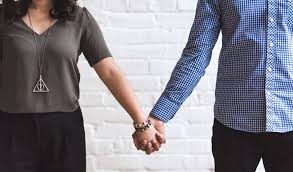 Wife swapping is ushering in a sexual uprising in Europe, with couples reviewing new ways to derive intensified sexual pleasures, whilst in the ‘Land of the Kamasutra,' the ‘new' trend is entertained with open arms and publicly practiced.

What was once discussed in hushed tones is now communicated through vivid messages, photographs, and much more thanks to the Internet and smartphones.

Wife swapping was like a covert underground fad a few decades ago. 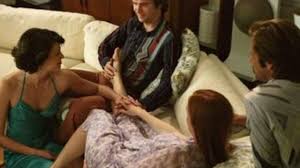 A first-time couple swap is a cheating trend that is done with permission. This idea of guilt-free sexual exploits is gaining traction among Indian couples.

Wife switching is a regular practice in India, however, it is kept quiet. And if you think swinging culture is only for high-end metro cities, you're mistaken. Wife sharing has its origins in tiny villages, as well as among low socioeconomic groups.

Wife switching is not right in those cases where wives don’t agree with it. The idea of wife sharing should be a mutual decision. Wife swapping is being practised worldwide and now it is legal in many cities of India. It has been seen that 27% of real couples swap partners in India. Wife switching is a very addictive process. When, for the first time, a couple swap their partners they don’t even realize that they are getting more into it and indulging them in the wrong thing. The idea of wife swapping became more effective and popular among couples after the invention of several barrier methods for birth control, contraceptive pills, similar birth control treatments etc.