Which country produces the largest number of mobile phones? - letsdiskuss

Which country produces the largest number of mobile phones?

According to a report, there are more than 5 billion active mobile users in the world and these figures are increasing day and day by and it is expected to pass 7 billion mark by 2019.

China is the largest producer of mobile phones in the world. According to a report by Wikipedia, China has more than 1 billion active users and they have number 1 rank in terms of phone producing and active users. On an average 96 people out of 100 have mobile phones in China.

India has replaced Vietnam to become the second largest producer of mobile phones recently and it is expected that India will surpass China in terms of producing mobile phones by the end of next year. 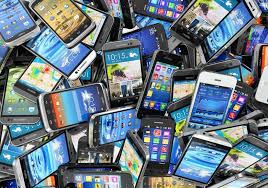 according to report  China is largest mobile producer and India is on second place.

Smartphones are now becoming a part of our daily life. With the penetration of the internet, human beings are diverting more to social media and their uses in daily life.
Around, there are 5.15 billion smartphone users and 4.648 billion internet users in the world. No doubt, China holds 1st position in becoming the biggest mobile producer in the world. There are many mobile brands which are made in China and have great user base among peoples in the world.
1. Xiaomi
2. Vivo
3. Oppo
4. Realme
5. Huawei
0 0