Who has been named Wisden Almanack-s ODI cricketer of the 2010s decade? - letsdiskuss

Who has been named Wisden Almanack-s ODI cricketer of the 2010s decade?

Indian captain Virat Kohli is named as the Wisden almanack ODIs cricketer of the decade he broke and make many records under his name.He get the indian captaincy under this decade and after becoming the captain of the team his game improving by every passing year.He plays for royal challengers Bangalore in indian premier league he was on the number one spot in best batsman for many years.Virat kohli is one of the best batsman around the world. 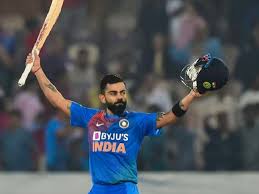