The invention of hockey is a contentious point in Canadian history. Some say it was Canada’s first prime minister, John A. Macdonald; others believe it to be Governor General Lord Stanley of Preston; while some sources claim the game is English in origin and that an Englishman by the name of George Stuckey introduced it to Canada. No one can say for sure because no one knows who invented hockey.
Hockey has been around since at least 1800 AD, with Mohawk settlers playing a game similar to field hockey with animal bones on ice as early as 1000 AD according to Canadian anthropologist Bruce Trigger in his 1986 book ‘Hockey: A National Celebration’. 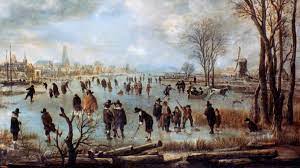 Hovkey is one of the popular international game which all country play it was invented by Fredrick arthur stanley in the late 1800 he was one of the fan of hockey game the modern hockey which also known as ice hockeywas invented by canada  the first game of hockey was played on march 3,1875 some of the things are similar to the hockey but people have more interested in seeing ice hockey.