Who is dewald brevis? - letsdiskuss

Who is dewald brevis?

Dewald Brevis is a South African cricketer who was born on April 29, 2003. Northerns signed him in April 2021, ahead of the South African domestic cricket season of 2021–22. He made his Twenty20 debut for the South Africa Under-19s in the CSA Provincial T20 Knock-Out event on October 8, 2021. In November 2021, he was nominated to South Africa's squad for the ICC Under-19 Cricket World Cup 2022, which would be held in the West Indies. He scored two hundreds and three fifties during the event, and he was crowned Player of the Tournament after scoring 506 runs. Brevis was purchased by the Mumbai Indians in the Indian Premier League auction in February for the 2022 season. 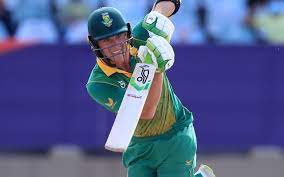