Who is the real hero of RRR Movie? - letsdiskuss

Who is the real hero of RRR Movie?

Are you got tangled with the confusion on the Real hero in the RRR movie? Check out the given post that will be going to help you in knowing about everything related to RRR Movie.

Who is the Real Hero in RRR Movie?

Everywhere, 'RRR' became a cinematic trailer release. Many folks who have seen the trailer are ecstatic. Rajamouli is the director of the film. The film business is attempting to make cinema accessible to all. For this, marketing has been initiated. Today in Bangalore, the 'RRR' press conference was held (December 10). The 'RR' campaign's director. In Bangalore, S. Rajamouli, Alia Bhatt, Ram Charan, and JNTR have arrived. They were all speaking to the folks of Karnataka. In the film, the subject of who's the true hero was raised. Rajamouli's response came as a surprise.

When it comes to the story, when India was enslaved by the chains of subjection, the independence movement was waged on various levels. On the web pages of that period, Rajamouli has crafted a fictional independence story. The director has depicted two heroes in this story as fire and water. Aag is Ram (Ram Charan), a dangerous police officer who solely works for the British army. 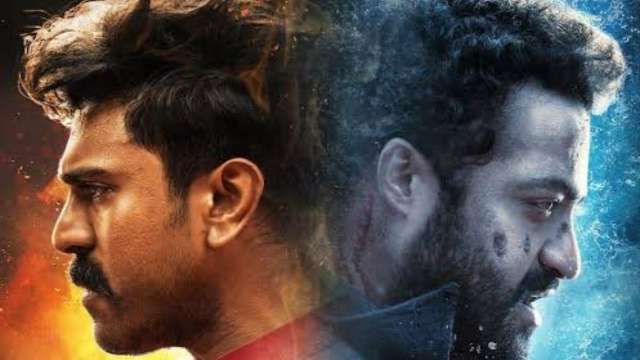 This is a police officer who was ordered to join a throng of thousands alone. Water, on the other hand, is Bhima (Junior NTR), who is straight, serene, and content in his world. Bhima is a member of the Gond caste, a peaceful people who live in herds. The plot revolves around their conflict.

My criticism of the film is that, unlike in 'Bahubali,' where the tale was elevated by reasoning, some scenes in this one were left out. Bhima is hiding in encompassing a variety of the police in one scene, but as soon as the suspense begins, he breaks the entire roadblock in a hurry and arrives in the jail near Delhi. Also, before the intermission, the tale may be stretched in some places.

When it comes to acting, this film exclusively stars Ram Charan along with Jr NTR... If you expect Alia Bhatt, who was shown in the trailer, you will be disappointed. Jr. Ram Charan and Ram Charan NTR have shown that his supporters' adoration for him is not the same as that. Both actors have used their accents in Hindi films, and their voices are a fantastic match for them. This emotion will not occur if you are viewing a Hindi dub of a South film. Both actors performed admirably in their respective parts. However, when it comes to Ajay Devgan, his role may be little, but he has already made an impression in just a few minutes of screen time. I saw Bhuvan with 'Lagaan' in Junior NTR in the middle of the movie, and their innocence seemed to be extremely similar.