Who looked best in MetGala 2019? - letsdiskuss

Met Gala 2019 whose theme was “Camp: The Notes on Fashion” left a very little o imagination. Each and every attire was artistic to its best and expressed the unexpressed perfectly. I personally don’t think we should categorize any of the attire into good, bad, best, or worst.

Some of my favorites are listed below:
I liked Harry Styles outfit the best. His transgressive take on gender roles was quite visible in this outfit.
(Courtesy: Fashionista)
After Harry Styles, there is Priyanka Chopra whose attire was not only artistic but meme-friendly as well.
(Courtesy: Daily Express)
We also have an Indian Barbie Doll:
(Courtesy: Time Magazine)
And Katy Perry really lighted up the evening with her chandelieristic get up.
(Courtesy: Vogue Australia)
Then there were the Kardashians and Jenner, who are already known for stealing the show.
(Courtesy: PopSugar)
(Courtesy: E! Online)
And last but not least, there was Zendaya in the Cinderella outfit, looking no less than a dream.
(Courtesy: ETCanada.com)
1 0
H

How about Gigi Hadid. 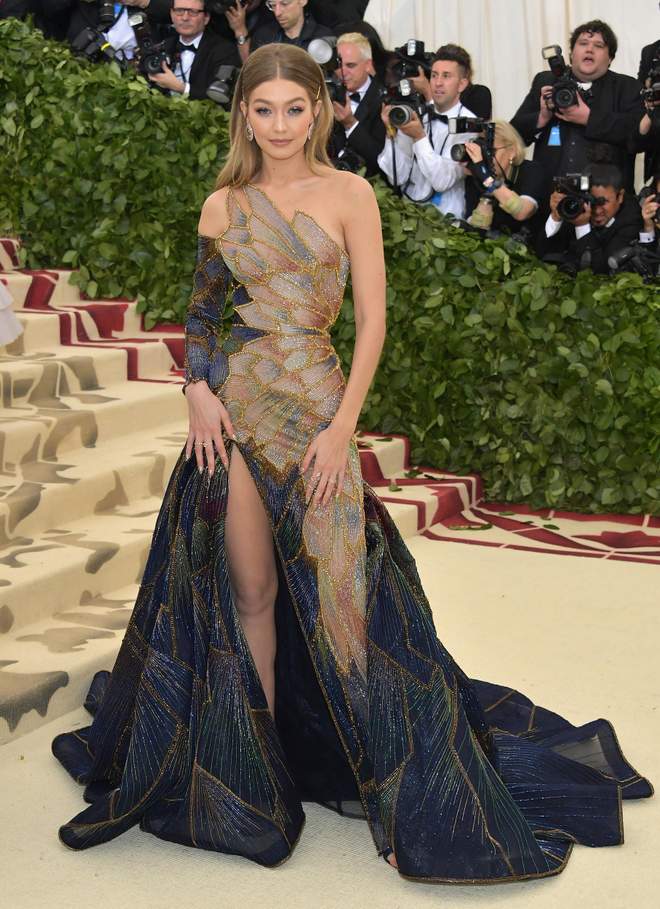