Why are Chennai people shouting "Modi Go Back" slogans? - letsdiskuss

Why are Chennai people shouting "Modi Go Back" slogans?

Black flags, balloons and a large number of protesters greeted the Prime Minister Narendra Modi when he arrived in Chennai. The PM was in Mahabalipuram for the day, to inaugurate a four-day exhibition Defence Expo India 2018.

People across Chennai started protesting when they got to know, the PM will be arriving in Chennai, they are shouting slogan "Go Back Mod" and greeted Modi with black flags. They are protesting because of the government’s failure to form the Cauvery Management Board as per Supreme Court orders.

The Supreme Court of India asked the centre to frame a scheme within six weeks to implement a formula for sharing Cauvery water. Even after the deadline had passed, the centre didn't pay any heed and on the contrary, they moved to the apex court seeking another three months to finish the task.

Due to this Tamil Nadu people and government gotagitated and they filed a contempt petition against cabinet secretary P.K. Sinha and Union water resources secretary U.P. Singh for failing to abide by the order. On 9 April, the court asked the centre to submit a draft scheme by 3 May. 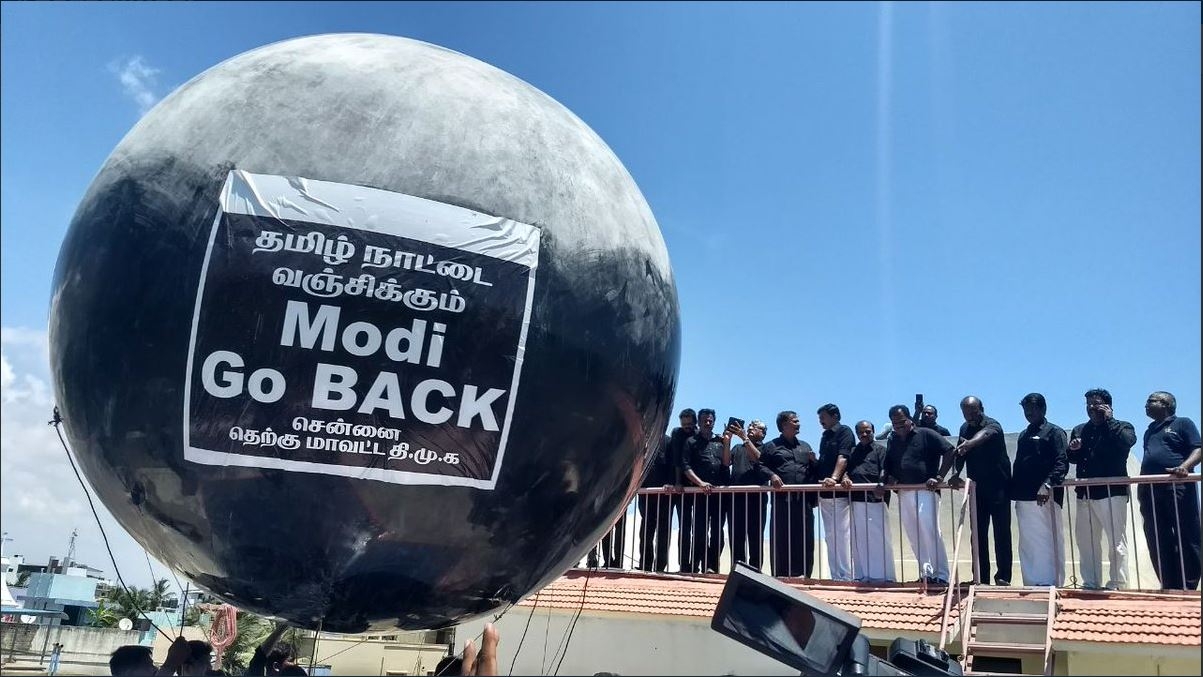