Why Are Football Players Highly Paid?

Players are being paid increasingly because club are earning more because of sponsorship and also globalisation and technological advances, in today's time football is growing rapidly and becoming more popular and also more Christiano Ronaldo is one of the expensive footballer forbs announced that Ronaldo surpassed Lionel Messi and became one of the expensive footballer with the earnings of 125 million dollar.Football is one of the best sport around the world. 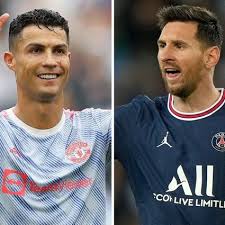