Why is China building a tunnel to divert water from the Brahmaputra River? - letsdiskuss

Why is China building a tunnel to divert water from the Brahmaputra River? 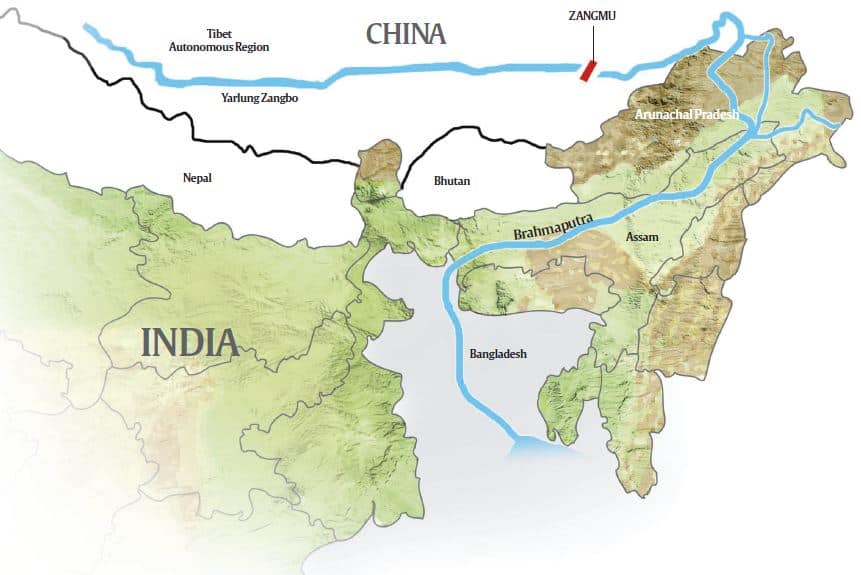 Few days back a Hong Kong based publication ‘South China Morning Post’ reported on China’s ambitious plans to build the world’s largest tunnel. It said that Chinese engineers are looking for techniques to build a 1000 kilometer tunnel to carry water from Tibet to Xinjiang. It also went on to claim that the plan isn’t yet approved because of its high cost.

However, the following days the Chinese officials have denied this report. The Foreign Ministry Spokesperson Hua Chunying said, “This is a false report.” “China will continue to attach great importance for cooperation on trans-border water resources,” he added.

So the fact that officials say that no such tunnel is on the card, the question that why China is building this tunnel falls null and void in the first place.

But this doesn’t mean that we should take their words at face value. If China does go ahead with this 1000 km tunnel, it won’t be to ***** off its neighbors but to meet its own development agenda. The tunnel would carry 10-15 billion tons of water from Brahmaputra in Tibet to Xinjiang, which includes vast swathe of deserts and drylands.  Of course, this move would put parts of India and Bangladesh at risk. So whenever China does plan to go ahead with this tunnel, there would be hard opposition from the Indian side, even on global forums. And needless to say, this would put another dent in the relationship between these 2 neighboring countries, jinxing all the cooperation efforts from both sides.

Right now all we can do is talk in hypothetical. In the coming days things would become clearer if this is happening, when it’s happening and why ‘exactly’ is it happening.