Why is Peaky Blinders one of the most popular shows on Netflix? - letsdiskuss

Why is Peaky Blinders one of the most popular shows on Netflix?

Peaky Blinders is known as the best TV show of the last decade, it’s popularity is extremely close to the critically acclaimed US rival – Breaking Bad. It’s based during the 1920s and revolves under the story of a family known as Shelby’s. The members of the Shelby family are called the peaky Blinders, it’s a gangster family who does all the illegal work and are literally the master of what they do, they are based in small heath, a town in Birmingham.
The main protagonist and the centre of attraction definitely has to be Tommy Shelby, played by a very famous Irish actor Cillian Murphy. His character can be defined in a single phrase, “ he's a good man with bad intentions who want good outcomes”. Cillian is well acclaimed for his role as he's extremely exceptional and eye catching. All the characters fit completely well in the characters assigned, except the performances we definitely need to appreciate that how well the show has been written and conceptualised. The writer Steven Knight, says that peaky Blinders were a real group of gangsters back then in 1920s, he always used to heard about such stories as a kid and that’s exactly what made him write the script.
Till now Peaky Blinders has 5 seasons, with every new season and episode the quality of content has been increasing and the bar has been set extremely high. Every season consists of 6 episodes which makes it so easy to binge watch, the story line is so gripping that the viewers are always bought to the edge and one cannot stop themselves to watch the other episode.
The quality of the show is so high that viewers always feel Goosebumps while watching, every single character is a masterpiece and written with so much intelligence and emotion, despite Peaky Blinders do all the illegal work but still you cannot hate on any of the character because all of them has an extremely gripping backstory which makes you fall for their character. One is clearly able to feel the emotions, portrayed by the characters.
I myself is a great fan of this show and will definitely recommend everyone to watch it, all its 5 seasons are available on Netflix. I’m sure a lot of people are eagerly waiting for season 6 after an extremely confusing ending to season 5. There are a lot of questions and confusions which needs to be justified and literally can’t wait to experience the savages once again. 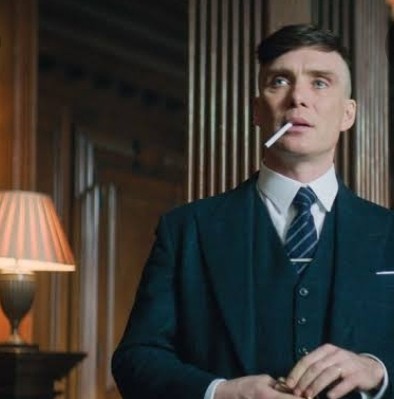