How much does an elephant hair ring cost in Indian States ? - letsdiskuss

How much does an elephant hair ring cost in Indian States ?

The majority of people are probably unaware that elephants receive haircuts. The two hundred elephants in the settlement of Moo Baan Chang (the elephant village) near Surin, Thailand, are trimmed on a regular basis. Buddhist monks bless each elephant before trimming it. Who can wear elephant ring? Many mahouts then weave elephant hair rings or bracelets out of the scraps.

The phrase "even a dead elephant is worth a lakh" should be familiar to everyone. However, few people are aware that the big animal's hair is also valuable.

While elephant hair may not be of much interest to people in the north, merchants with stalls selling bracelets and rings fashioned from elephant tail hair at Saras Mela claim that elephant hair jewellery is highly popular in the south.

Mahouts in the city are making money by selling the hair taken from the elephant's tail, according to the Plants and Animal Welfare Society, an NGO. The NGO alerted the Bhandup police after discovering that the selling is widespread in the outskirt.

The Wildlife Protection Act of 1971 and the Prevention of Cruelty to Animals Act of 1960 both prohibit the trade of such product. 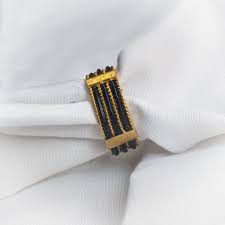 Who should wear elephant hair ring?

It is thought that wearing a jewellery fashioned from elephant hair ring will bring the wearer love, health, and fortune. Taking advantage of the superstition, the herders sell the hair by removing it from the roots, inflicting the animal great suffering.

Thousands of rupees can be spent on long hair. Upon inquiry, a vendor was willing to sell a elephant hair gold ring cost for Rs 3,000 in exchange for a ring. 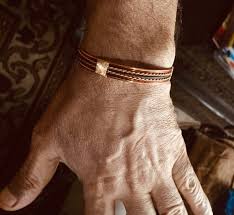 I'm in a state of disbelie

Elephants are commonly targeted for its tusk, which are then used to create showpieces and ornaments. However, animal rights groups were astounded to hear that elephant hair is being sold on Mumbai's streets.

Using animals at weddings or even taking them out on busy streets is against the law. NGO even filed a complaint with the forest service about the problem.