What does the 'Z' symbol on Russian tanks mean, and where does it come from? - letsdiskuss

What does the 'Z' symbol on Russian tanks mean, and where does it come from?

The letter Z from the Russian tanks has come to represent the support for Russia's invasion of Ukraine. It was first spotted on tankers and other military equipment as Russian troops marched on their Eastern European neighbours. Supporters of Vladimir Putin's army, on the other hand, have embraced it.
A triangle with two lines on either side, a circle with three dots within, and a little triangle on the inside of a larger triangle, among other symbols, were also discovered. Such symbols, according to military experts, are employed to indicate location, either where they are positioned or where they may be headed. It's possible that the letter Z stands for zapad, which indicates west. 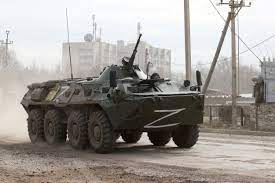