what is the meaning of kanyadaan ? - letsdiskuss

what is the meaning of kanyadaan ?

Kanyadaan comes from a Sanskrit word which means a father gives his daughter hands to the grooms hand.It is a ritual performed in every Hindu marriage.The brides fathers gives his daughter’s right hand in the grooms right hand signifying that the bride is his equal partner in each & every phase of life.The kanyadaan only can be done by brides father,in case the father is the father is not present the ritual is performed by uncles of bride.Bride mother can never do the kanyadaan. 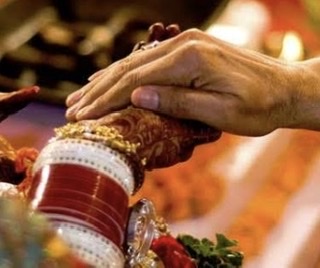 The parents of the bride perform the kanyadana.
Similarly, senior members of the family perform this function.
The bride's hand is placed in the hands of the groom, watering with leaves, nuts, flowers, fruit and gold.
At this time the bride should hold the groom's right shoulder.
At this time the priests announce the Veda Mantras. 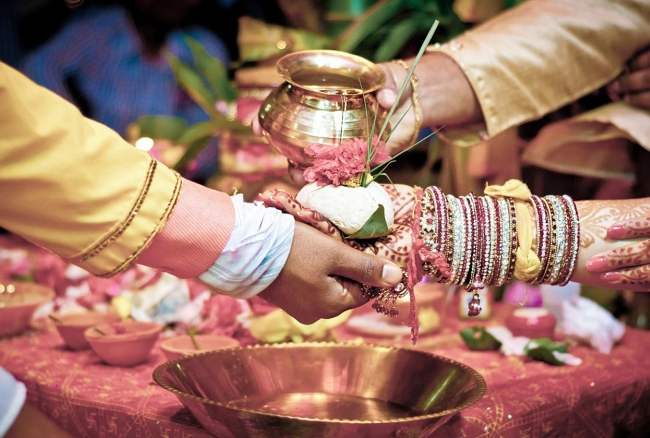 Kanyadaan is a Sanskrit word that signifies
'giving the daughter away.'
It is the custom or rite in which parents give
their daughter to the husband, as the name
implies. The Hindu community's religious
system is deeply steeped in symbolism.

The bride is thought to be a manifestation of

Goddess Laxmi, while the groom is a

manifestation of Lord Vishnu, during a wedding ritual.

Through this ceremony, the bride's parents

are launching the marriage of two Gods.

The bride's parents' consent to accept the
groom as their son-in-law is also symbolized by the kanydaan rite.
It also indicates asking the groom to accept
their daughter as a wife, according to various
interpretations. 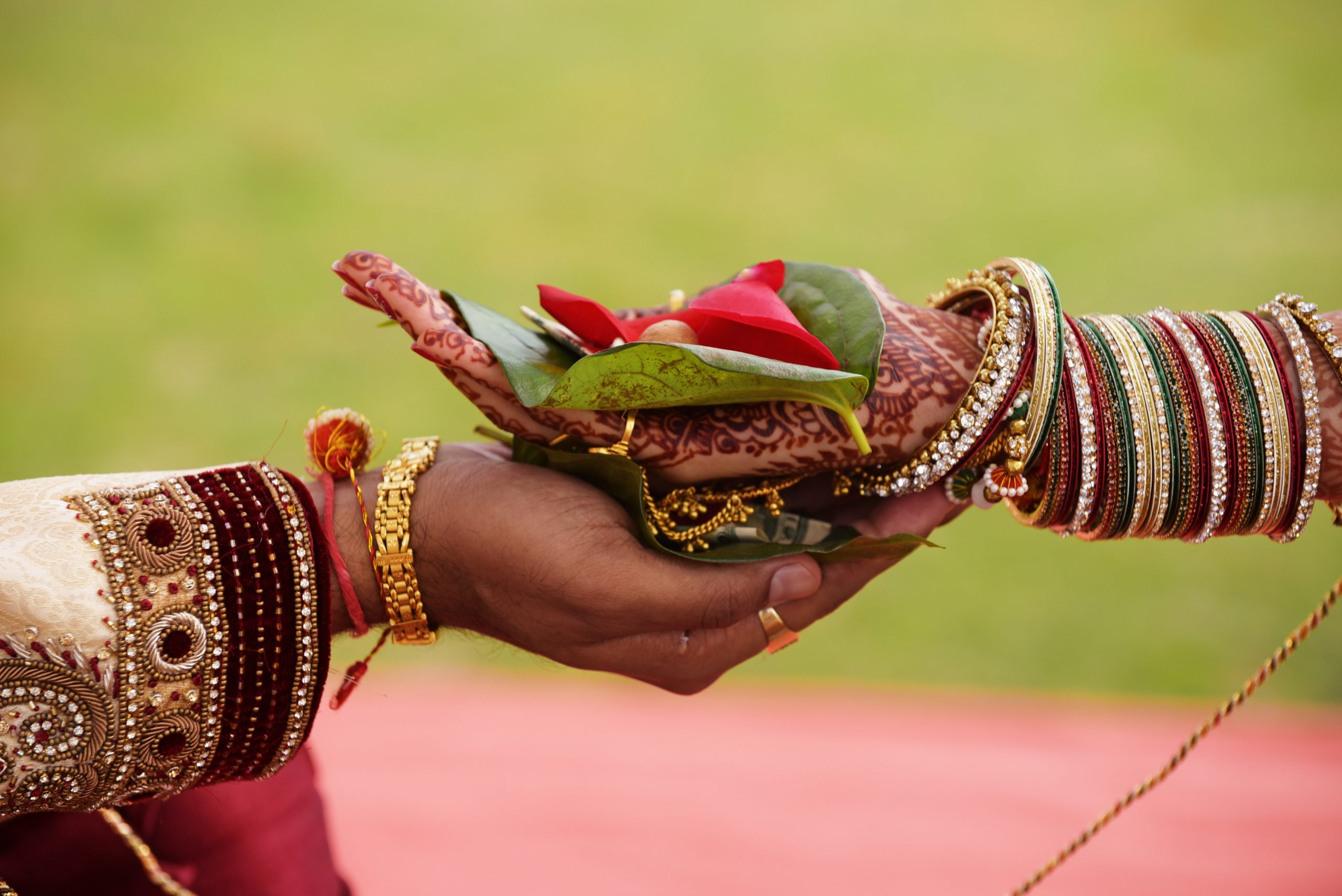