Australian team won five times ICC cricket World Cup.They are the most successful team in the history of world cup the 1987, 1999, 2003, 2007 and 2015 editions. This also makes them the only team to have won the world cup in all the countries that have hosted the world cup till now.They are also the only team considered as tournament favorites for every world cup right from 1975 to present.Hope they countinue their winning streak in next edition of world cup. 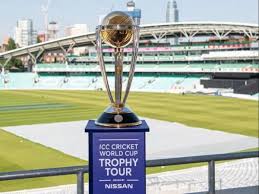