Which region struggles the most with providing school with the basic resources, such as electricity, internet and hygiene facilities? - letsdiskuss

Which region struggles the most with providing school with the basic resources, such as electricity, internet and hygiene facilities?

In India, the only region that struggles the most in providing schools and other basic stuff are rural areas. India is still an underdeveloped country. India is still suffering fr illiteracy as it includes poor School infrastructure, toilets, nearly no sanitation facilities with the absence of proper teachers. Though India has a demographic opportunity of positive remarks, with half of its population in the working age. It's time to understand that education is the key to brightness. It is the doorway to the world of success and achievements and enlightenment. This education will help us to realise this demographic potential. 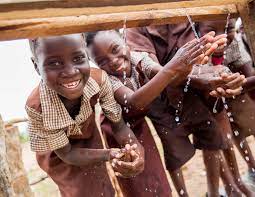 But education does not depend on the common people. It rather depends on the school's infrastructure, electricity, water, toilet facilities, sanitation facilities and all other necessary facilities.

Despite the high demand for schools, the demand for teachers and proper infrastructure is lacking here. The DISE data shows only 53% of the government schools in rural India have electricity. Only 28% schools including only 18% govt. Schools have a computer facility and about 4 % govt. Schools have an internet connection. The new digital revolution has led the government. Schools especially in the rural areas lack the riding of the digital wave.

The lack of laboratory, playing grounds is one of the essential reasons for students not getting any interest. Lack of sanitary facilities leads to the poor attendance of the girl students. The lack of sex education in the literary courses leads to early marriages and dropouts. The lack of teachers and other pieces of staff leading to poor education. These are the probable reasons that lead to poor education and then the increase in illiteracy rate and eventually to unemployment. Though every election party promises to increase these education rates and dissolve the problems in these rural areas, these promises are never kept.

With the children in India being deprived of these crucial resources, it is understandable why they are struggling to live up to the expectations set by other countries. The lack of electricity makes it hard for teachers to focus on their work, without being able to use resources that rely on electrical currents, such as internet or screen based activities. This then adds onto the already restricted access that students have to textbooks and laptops. As a result of this lack, many students do not receive any kind of education at all. With these factors combined, it is clear why India has struggled with providing schools with what are expected as basic resources". 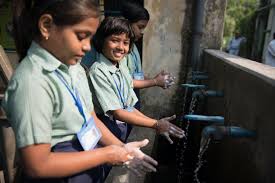 For most people around the world, no price can be put on education. But to the people of India, this is not the case. "Children as young as five and six work in factories and mines for as little as 74 Rs. a day". This article further goes to say that, "The international trade union alliance estimates that up to 20 million Indian children are engaged in exploitative labour". The shocking realisation of how children are treated as nothing more than mere instruments of payment drives home the point that many Indians aren't even provided with school as a resource. This is why, despite the fact that India has seen a huge increase in student enrolment, there has been no corresponding increase in school facilities. This lack of education has become such a serious issue that the government is now pushing for education to be made compulsory for all children.

With such a huge amount of illiteracy in the country, it's not surprising that the Government of India chose to take this bold step instead of simply providing schools with electricity and other basic educational resources. These investments in the education of the general public will not only improve the school facilities in India, but it will also ensure that millions of young people who do not currently attend school are given an opportunity to learn. 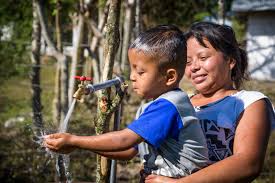 The heavy focus on education is highly commendable; however, it must be realised that no amount of funding or policy can correct decades of institutionalised poverty. If children are not provided with basic resources such as electricity and toilets, it is no surprise that they would rather work in mines or factories instead. Forcing them to attend school while denying them the chance to obtain any kind of primary education seems somewhat contradictory. So far, there has been no explanation for this issue from either the government or other stakeholders. 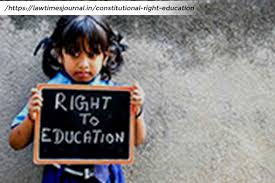