Why does Lord Ganesha have an elephant's head? - letsdiskuss

Why does Lord Ganesha have an elephant's head?

Goddess Parvati was at home on Mt. Kailash one day, getting ready for a bath. She commanded Nandi, her husband Shiva's Bull, to guard the entrance and not let anyone pass because she didn't want to be bothered. Nandi dutifully assumed his position, seeking to fulfil Parvati's wishes. But, because Nandi was loyal to Shiva first, she had to let Shiva through when he returned home and understandably chose to come inside. Parvati was enraged by this disrespect, but even more so by the fact that she lacked a companion as devoted to Her as Nandi was to Shiva. So she made Ganesha, pronouncing him to be her own loyal son, by removing the turmeric powder (for washing) from her body and breathing new life into it. 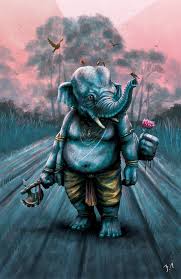 Parvati put Ganesha on watch duty at the door the next time she needed to bathe. When Shiva returned home, he was greeted by this weird boy who told him he really can not enter his own home! Shiva was enraged and sent his army to kill the little boy, but they all ended in failure.

Shiva was taken aback. When Shiva saw that this was no ordinary youngster, he chose to confront him, and in his holy rage, he split Ganesha's head, killing him instantaneously. Parvati was so outraged and offended when she learnt of this that she vowed to annihilate the entire Creation. Lord Brahma, as the Maker, was incensed by this and appealed with her to reconsider her severe plan. She agreed, but only if two conditions were met: first, Ganesha had to be resurrected, and second, he had to be adored above all other gods forever. 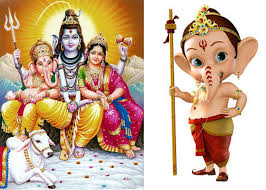 Shiva had calmed down by this point and agreed to Parvati's terms. He dispatched Brahma forth with instructions to bring back the corpse of the first creature he encounters that is lying with its head to the north. Brahma reappeared soon after, bearing the head of a mighty elephant, which Shiva positioned on Ganesha's body. Infusing new life into him, he proclaimed Ganesha to be his own son and bestowed upon him the title of Ganapati, the Lord of the Gods and the Leader of All Ganas (Courses of Beings). 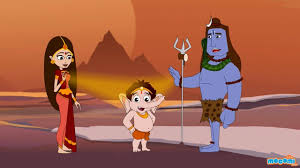