Who is the father of science? - letsdiskuss

Who is the father of science?

Galileo Galilei among with other names is renowned as the "Father of Modern Astronomy" and "Father of Modern Physics." After that Albert Einstein labelled Galileo as the "Father of Modern Science." Galileo was the first to use a refracting telescope to make important astronomical discoveries, and he pioneered the scientific method of experimentation. Galileo Galilei was born on February 15, 1564, in Pisa, Italy, but spent much of his boyhood in Florence, Italy. Vincenzo Galilei, an acclaimed Florentine mathematician and musician, was his father. Galileo studied medicine at the University of Pisa from 1581 to 1585 but dropped out without receiving a diploma, instead going to Florence to coach mathematics. 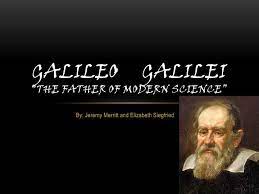