Who is tom holland? - letsdiskuss

Who is tom holland?

Tom holland is a actor model he is popularly known as Spiderman he casted in marvel movies like it was first featured in captain America civil war and then back to back he featured in many films after marvel he has been seen many different different movies he was born on 1 june 1996 in kingston thames in united kingdom let's hope he will be seen in more movies of marvel. 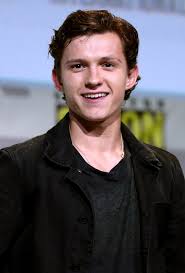 Thomas Stanley Holland is an English entertainer who was brought into the world on June 1, 1996. A British Academy Film Award, three Saturn Awards, a Guinness World Record, and a spot on the Forbes 30 Under 30 Europe list are among his accomplishments. He has been named "one of the most famous entertainers of his age" by specific magazines. Holland's profession started when he signed up for a dance class at nine years old, where a choreographer remembered him and set up a tryout for him in Billy Elliot the Musical at London's Victoria Palace Theater. He handled a supporting job in 2008 following two years of preparing and was elevated to the lead spot the next year, which he played until 2010.