Is it dangerous to stream on Twitch? - letsdiskuss

Is it dangerous to stream on Twitch?

Twitch is an application used for streaming live offered by Amazon. It has main focus of video game streaming, music, other creatives and lifestyles. Twitch users can watch movies, listem music and play video games. Meanwhile, it seems to be dangerous for streaming live. It is mostly not good for kids. Also, it is not safe platform. That's why it is necessary to monitor on children's activities on Twitch. I would like to suggest that twitch should be not used. 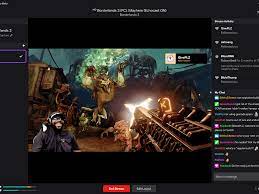 Is Twitch dangerous?
In recent years, we've seen a major surge in the popularity of streaming services. Twitch TV is one of the largest and most successful live streaming websites in the world. Many streamers make money off their Twitch streams through donations (with some reaching over $7 million dollars) or selling digital goods such as games, skins, or subscriptions. Some streamers even break into gaming news to discuss industry topics with other popular personalities - but is all this talent and influence worth risking your mental health?
The answer is no, because there are many ways to keep up with your favourite streamer without being traumatized by their live antics.

How to use twitch?
One of the main objectives of Twitch is to provide the gaming community with live events and online broadcasts from its users. The website has created a video sharing platform that allows you to play and broadcast live content from PC, Xbox One, Xbox 360, PlayStation 4, PS Vita, Wii U and other gaming consoles.
If you are a gamer or if you love watching people play video games, then this article is for you. Here we show what streams on Twitch mean and how to use it.
The first step to stream on Twitch is to register. To do this you must visit the website and from a drop-down menu choose the country where your profile will be created. This should be done according to the place where you live, or want to use the service, so that it reaches your community.
At this stage, all you have to do is give a username by combining letters and numbers. You can create one of these with your name or something you like or relate to video games (for example, if your nickname is Boltz you can insert Boltz as your username).

Is mixer better than Twitch?
Some users will argue that mixer.com is a better choice for streamers because it has less ads and delivers a higher quality video stream, while others will testify that twitch.tv has a greater user base and can offer more streamers.
But is mixer better than twitch? Let’s take a deeper look at the two platforms.

What is Twitch?
Twitch (previously known as Twitch Plays) is a live streaming platform that rewards broadcasters for how many people are watching them. This is done through “tipping”, which is a kind of in-game currency that viewers can use to give things to the broadcaster and support the community. The broadcaster can then use this to give out prizes to viewers or simply just have fun.The viewer can then accept or reject these tips and gifts by voting on them.
Twitch is one of the biggest live streaming platforms, but it’s not a fair comparison for Mixer because Twitch has been around in the market a lot longer than Mixer. However, its popularity may be starting to wane a tad with the new kid on the block.
Many video game developers and publishers have their own pages on Twitch, which allow them to share information related to their games with their fans. For example, if you have a favorite PC game, you’d want to know when the next “patch” is coming out. There are also publishers that have their own channels on Twitch.
Twitch is more than just a live streaming platform. It’s also a community where people can interact with each other and watch content related to various topics like anime or gaming itself.
What is a mixer?
Mixer is a live streaming platform, launched in November 2016, which can also be seen as an alternative to Twitch. In Mixer’s case, the broadcasters themselves control their streams from their devices. The main selling point of Mixer would seem to be that it feels more interactive for viewers than Twitch and there are less problems with stream lag (watching a game over Wi-Fi can result in serious lag).