what are the forces of nature? - letsdiskuss

what are the forces of nature?

In physics, a force is a push or pull which affects objects in an environment. Forces occur due to the action of energy, such as electric forces and gravitational forces.

Objects exert forces on other objects or people. The interaction between two objects that exert mechanical forces on each other is called an "action/reaction". For example, when you push against a wall with one hand while supporting yourself with the other, the wall pushes back against your hand; this is an action/reaction (your hand acted upon the wall by pushing it while the wall reacted by pushing your hand). 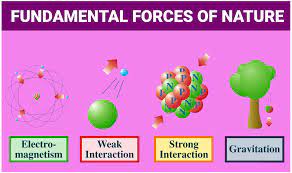