Who are Ezra miller's wife and family? - letsdiskuss

Who are Ezra miller's wife and family?

With films like "We Need to Talk About Kevin," "The Perks of Being a Wallflower," and the next movie in the "Harry Potter" franchise, Ezra Miller is on a roll. His father, Robert S. Miller, was the senior vice chairman and director of Hyperion Books before going on to work as a Publisher at Workman Publishing. Saiya and Caitlin, his two older sisters, are his siblings. Ezra dated Zoe Kravitz in 2010, and they were filming Beware the Gonzo at the time. His current relationship status is unknown, as is his wife's name. 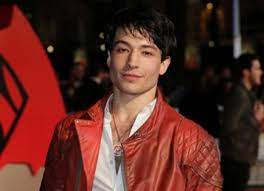