Who is Raj Subramaniam, FedEx’s new President and CEO? - letsdiskuss

Who is Raj Subramaniam, FedEx’s new President and CEO?

Raj Subramaniam, 54, started working for FedEx in 1991 and was elected to its board of directors in 2020. He will retain his place on the Board of Directors in accordance with the corporation. before being named CEO-elect last month. He has also held the positions of Executive president and Chief Marketing and Communications Officer at the corporation, among others.
Mr. Subramaniam is that the first non-U.S.-born president in FedEx's 43-year history and can assume his new duties on April 24th, succeeding the retiring Frederick W. Smith because the company's next CEO and chairman of the board of directors. 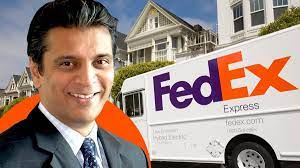